The judiciary, being a branch of government that is not directly elected, needs particular attention from the civil society if we want it to be transparent. 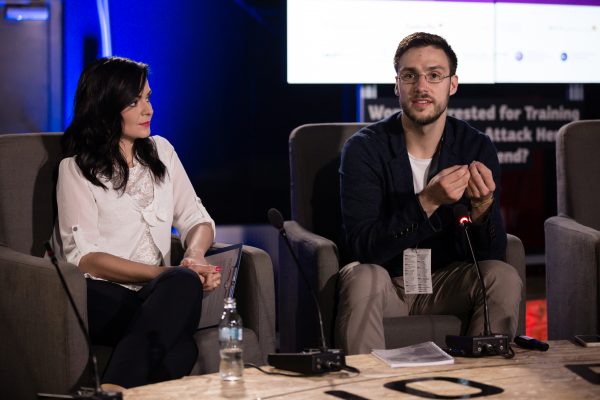 Selma Aščerić, from the conference’s host “Why not”, spoke with Paulius Marauskas from Lithuanian “Transparency International”, about opening the courts up for the public.j

Paulius made an instant point of the fact that the judiciary is the only government branch which is not formed based on the elections, which makes it less transparent than the executive and legislative branch. According to research from Lithuania, one third of its citizens considers the courts to be corrupt.

One of the reasons for this attitude certainly lies in the fact that there isn’t a lot of information available on the judiciary. This is precisely what motivated Transparency International to create the platform aimed to inform the citizens about their courts.

They took the “onion peel” approach, which offers multiple-layered information, giving the users freedom to choose how much they want to engage. The first level shows the caseload of the court, average duration of cases and court budgets. This, in Paulius’ words, is the level for a user who doesn’t want to spend more than 15 seconds on the website.

The second level calculates the relations between budget amounts and cases duration, while the third offers comparisons between different courts along all these lines of data. One of the interesting findings is that courts in larger cities are faster in resolving their cases, than those in smaller places.

The platform aims primarily to find anomalies and help optimize courts’ workloads, and the organization itself doesn’t engage in the interpretation of the gathered data. However, just publishing the data isn’t enough to achieve complete transparency of the courts. One of the key steps to be done is to uncover the relations between the judges and certain companies and publish their assets charts. This is a prerequirement to prevent conflict of interest and organize a proper assignment of cases.

The current situation is that cases are assigned based on a formula which, among other things, includes case load and vacation timetables, which should provide for the cases to be randomly assigned. However, during informal conversations with the TI, the judges admitted that this mechanism leaves space to assign specific cases to specific judges, especially in smaller courts.

Clearly, an initiative like this is a good tool to help improve the transparency of courts in Lithuania, but, as many of Point’s panelists already suggested, online tools need to be in synergy with the offline world in order to produce real results.