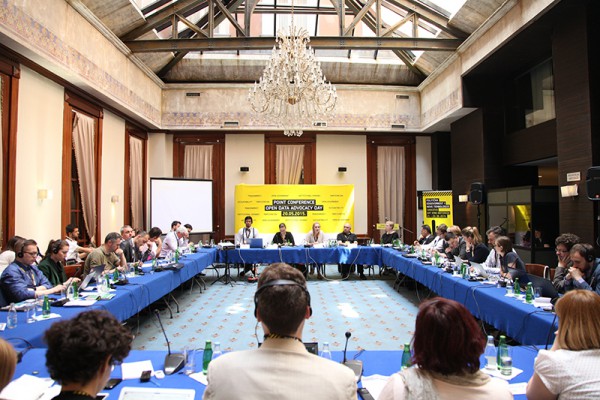 As it was said on the panel, open government is a concept of making the governing process open, transparent and inclusive for the citizens, by means of new technologies. One aspect of that includes data opening – disclosure of public, government-owned data, to the wider public.

Marko Rakar described his own experiences with open data development in Croatia. It all started when it was discovered that some election units had more registered voters than actual residents. This prompted him to ask for voters’ lists, which he then published on a web page, which provided precise data on the number of voters in each election unit. Consequently, various cases of manipulations with residency registrations in the election process were revealed. For publishing this data, Marko has even been arrested.

Following this experience, a similar application has been made to disclose false veterans’ registrations, as well as data on public procurement which has been downloaded from the government’s server and has also shown certain irregularities. These actions received a considerable media attention – this time, fortunately, without the arrests.

This is how Marko described the way his group works: “We get together, hit the state in the knee and run away. We don’t do deal with advocacy or long-term processes. Instead, we are trying to show that a small group of people, with limited resources, can make a change.” 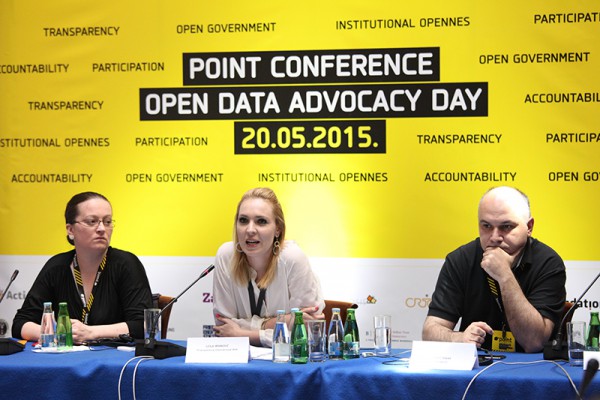 Lejla Ibranović from BiH’s branch of Transparency International, spoke of the Freedom of Information Act in BiH and the lack of legislature on proactive transparency, i.e. the will to publish, on one’s own accord, public data such as public procurement contracts, budget implementation reports and legal acts. Through TI’s pilot-project, which involved seven government institutions, it has been established that the institutions don’t posses the adequate infrastructure to implement open data policies, nor are they aware of the relevance of publishing the public data which they hold.

Milica Kovačević spoke of the regional ActionSEE network, which deals with government transparency and accountability, through joint advocacy, monitoring and informing the public in the region. 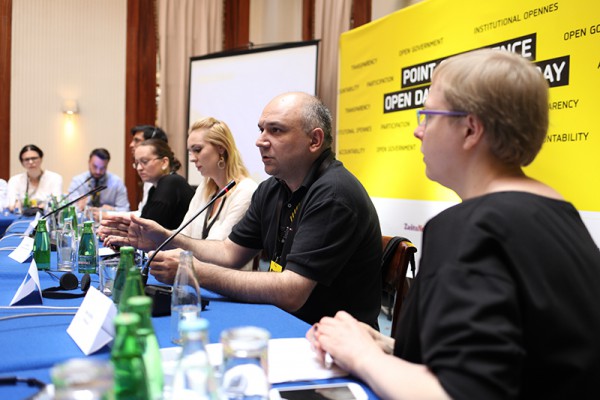 Georges Labrèche introduced Open Data Kosovo, an organization aiming to help students develop their ICT skills, as technical aspects of ICT knowledge were low due to lack of mentorship and mentoring programs in this area. One of their first project was opening data on public procurements in five of Kosovo’s municipalities. It inlcuded workshops on public procurement, with “suspicious” transactions being marked red. Open Data also cooperated with womens’ network on developing an application for reporting sexual harrassment.

However, Georges pointed out that the very process of adopting knowledge is more important than making apps and technical solutions, stating that “Open data is useless if we don’t have the experience and the knowledge of what we can do with it.”

The discussion that followed raised questions about the challenges which come with the lack of technical knowledge and skills of public servants, including their possible fear of becoming redundant with the introduction of new technologies into public administration, or that these new tools might affect the amount of work they are doing. The discussion and the panel finished with the talk of ICT tools and the ways they can be used to process data.