Smari McCarthy and Michal Andrzej Wozniak presented the Organized Crime and Corruption Reporting Project (OCCRP), a network of 24 organizations in Eastern and Central Europe and Central Asia. It is a network dedicated to investigative journalism and specializing mostly in large scale, crossboard investigations – such as the recent case of “Panama Papers”. 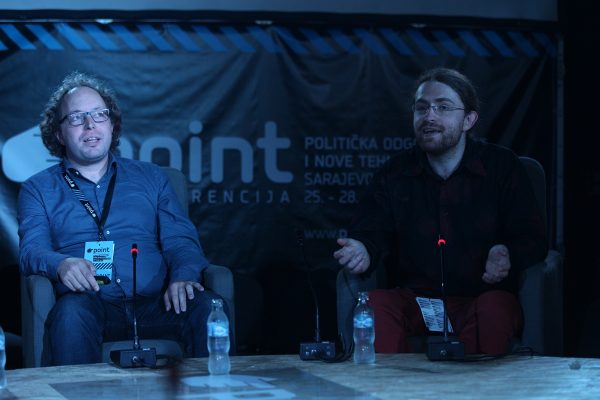 Their investigations have led to changes in the law, finding hidden assets, companies got closed and people got arrested.

As investigative journalists, McCarthy and Wozniak gave the audience some tips on the technical side of investigations. They talked about the downsides of free software and communicating via Skype and e-mail, especially without encrypting the messages.

They showed a graph of how they organized, processed and extracted data for the Panama Papers and presented the most striking stories from the investigation: a story of Kazakhstan’s president, Ukraine’s Prime minister and a CIA spy.

McCarthy and Wozniak also presented the work of their colleague Khadyja Ismailova from Azerbeydzan. Ismailova is one of the biggest critics of the Aliyev regime, and she spent the last few months in prison in Baku. She was released the day before this session.