In search for the answer on how to make things better, Pavle Dimitrijević became member of “Center for research, transparency and accountability – CRTA” team. CRTA is active since 2010, and the team gathers young activists who are advocating for implementation of the concept of accountability in a society. Pavle is a lawyer in the team. Before his engagement in CRTA, he was one of the initiators of the campaign for safety of river Tara. He describes himself as an expert for local communities and a solution seeker. 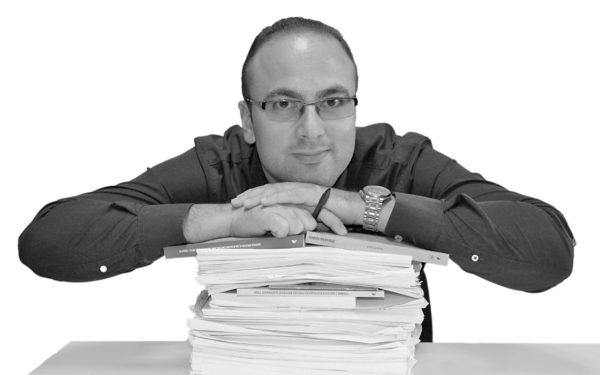 CRTA is a team made of journalists and activists. Bearing in mind the Balkan circumstances, would you say this is a good combination?

We believe that this contact of journalists and activists is a winning combination when you aspire for a democratic society, with transparent and open institutions, responsible politicians and active citizens. That’s a change we want to influence. Through media like Istinomer, we inform citizens, and then as activists, through various advocacy initiatives, we do our best to influence the changes.

CRTA, as it is stated on your website, “implements different mechanisms of “measuring” levels of accountability for publicly spoken word or the work of institutions and government officials” in Serbia. How do you do that and why is that important?

Through “Istinomer” initiative, which CRTA implements since 2009., we research and showcase to the public in Serbia how existence and non existence of accountability among public officials and transparency in work of the institutions can influence everyday lives of citizens. We analyze statements of politicians and public officials and grade them in three categories: veracity, consistency and promises. These analyses are published daily on “Istinomer” website, in order to promote accountability for publicly spoken words and to remind citizens about statements and promises given by public officials. Istinomer also explores current and relevant socio-political topics and serves as a credible and independent source of information for the public about the activities of public authorities, thereby contributing to the freedom of media and expression.

Since 2011, through the “Open Parliament“ initiative, we are active in: improving the openness of the National Assembly of the Republic of Serbia, informing and educating citizens on the work of parliament and establishing regular communication between citizens and their elected representatives. The “Open parliament” is recognized as a relevant actor in advocating for parliament’s openness, both in Serbia and abroad.

As a result of a consistent public advocacy, CRTA initiated the establishment of the Parliamentary Group for Open Parliament which gathers national MPs of position and opposition parties. The aim of the group is to improve the representative function of the National Assembly through opening the institution to the public and better communication with citizens. In 2015 and 2016, in cooperation with the National Assembly, CRTA has successfully organized the Parliamentary week, a series of events and activities through which we opened the forum for discussion on parliamentary democracy and involvement of citizens in decision-making and democratic processes. In the latest progress report on Serbia in 2016, the European Commission emphasized the importance of the Parliamentary week and the PGOP Group, and their outstanding contribution to improving the transparency and accountability of the National Assembly.

Also, taking into account that citizens of Serbia perceive the election day almost as the only form of participation in democratic processes, CRTA started to observe the elections in 2016. Through the observation mission “Citizens on guard”, CRTA established a network of long term and short term observers for the parliamentary elections in 2016 and the presidential elections in 2017. Our goal is to effectively monitor and analyze the implementation of laws and international standards during the preparation and implementation of elections, to inform citizens about the quality of the electoral process and the events during the campaign, and to provide a quick reaction in the event of violations of election procedures and processes.

The situation in the countries of the region is more or less similar. How and what should we do to change this situation and to make politicians to work in the interest of citizens?

The fact is that citizens are fed up with the unfulfilled promises of politicians which leads them to abstinence from “political life.” Politics is perceived as “bad” because it’s only perceived as tied to politicians. It’s up to us to work on “rebranding” and demystification of politics, because politics is not only reserved for the politicians. Politics is the process of decision-making and it’s everywhere around us – in the building where we live when we have to decide with neighbours about the spending of joint budget, at the faculty as well as in the Assembly.

If we succeed to bring citizens back to the “political life” that takes place between the election cycles, I believe that they will be more determined to control the work of politicians and punish them or reward them in the elections. And that’s what politicians care about the most.

What will you talk about in Sarajevo and what do you expect to hear?

I will talk about the openness of the Serbian institutions and our research results obtained within the regional research “Regional Index of Institutional Openness” implemented by a group of organizations gathered in the ACTION SEE network. I will also discuss how to make the parliament, the government and the judiciary more transparent and more open to citizens; how to engage citizens in decision-making processes; which are the possible channels of communication between citizens and institutions etc.

Generally I expect to hear new ideas, to experience new energies which are very desired in moments where the whole region faces serious political and economic challenges. The bond between civic activism and new technologies is also a very important topic, especially in the times where traditional media is becoming “closed” for activists. I expect to meet new people and organizations unified by the same goal and the same question: How can we make our societies better?