The latest edition of POINT 9.0 conference included presentations of multiple projects, initiatives and tools of civil society organizations developed in the past year, and all these occurred during the second day. Participants had an opportunity to learn about three projects from Slovenia, Bosnia and Herzegovina and Kosovo. 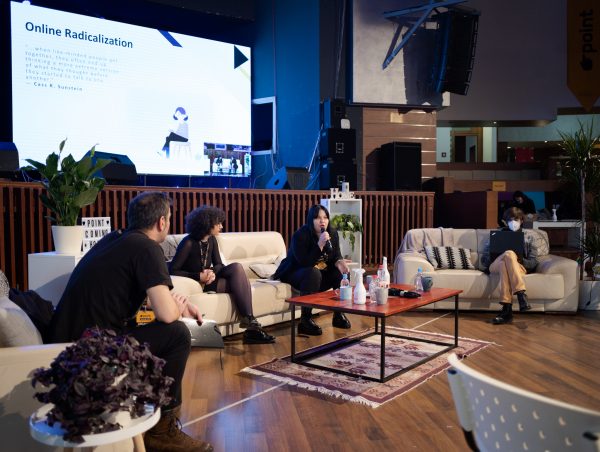 The panel was initiated by Uma Đurić, a representative of Small Steps organization – organization based in BiH and focused on “personalization” based algorithms.

Đurić introduced the audience to the dangers of a vast number of content creators with extremist views or “The Golden One”, as Đurić defined them. These creators, as she explained, are the stereotypical Caucasian “alpha” males which use social media platforms to present views on race, immigration policies, and patriotism to millions of people. Uma stated that such creators warp facts, statements and ideas to their radical or extremist perspectives which resulted in the formation of a number of radical groups globally.

This inspired the organization to conduct research on personalization-based algorithms which included 40 participants. The research focused on value identification assessment and social media feed analysis which was followed by a plenary discussion about the correspondence of value assessment results and feeds. Đurić expressed that a striking 86% of feed-to-value correspondence was discovered, having the recommended content mostly personalized.

Uma elaborated on the personalization algorithm, stating that it is the process of collection of consumed content and assessing the level of engagement it produces then recommending similar content to users. This results in so-called filter bubbles, problematic in their core as they reinforce interests rather than offering diverse and broad content. She pointed out that the prevalence of radicalization grew with technological developments.

Furthermore, she then presented multiple solutions to these issues, the initial one being “gamification” or conversion of media, discourse and digital literacy to approachable, engaging, educational games. Other solutions are Machine Learning Algorithms, focused on recognizing radical or extremist content and Critical Discourse Analysis, an interdisciplinary approach to discourse and language study and connections to power and social structures.

She exclaimed, in conclusion, that the media literacy sector in the region should focus on how something is said rather than what, and argued that language warping is unavoidable. 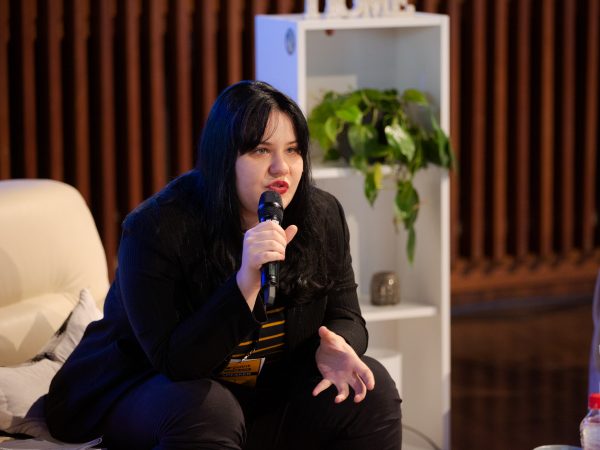 The focal point of the presentation was the current Slovenian Prime Minister, Janez Janša, or as Filip named him, Marshall Twito. Janša, Dobranić pointed out, is a politician with radical standpoints that uses extreme language which inspired Filip and his colleagues to initiate research on his activity and the accompanied “Twitter trolls”.

He stated that their goal was to initiate a conversation in Slovenia about the harassment these trolls produce, but the research was difficult to conduct due to the high price of Twitter’s historical API and the duration of continuous recording of 6,000 accounts. He named these trolls the “Twitter brigade”.

This brigade is a group of accounts created with stolen identities, extremely popular with the Prime Minister and his political followers. Filip pointed out that a long and hard process of fake profile identification deduced almost 30 of these accounts which was easy due to the size of the Slovenian population.

A network of these accounts was created and the follow-up research on them discovered that harassment is mostly focused on real-life people’s accounts where government criticism was prevalent. Dobranić also talked about the historical occurrence of astroturfing or the practice of masking the sponsors of a political or religious message or organization to make it appear as though it originates from and is supported by grassroots participants.

The six-month-long analysis resulted in the production of three articles, published weekly, by Potčerto (Investigating media outlet) and a website launch that presented original and fake equivalent photos on these “troll” accounts and activity of general, fake, political or “brigade” accounts which showed disturbance in brigade account activity.

Filip stated that the final stage of research was the process of reporting these accounts to Twitter, which resulted in the closure of 12 accounts, two of which belonged to a journalist and editor of a media outlet directly connected to Janša’s party.

In his conclusion, Dobranić stated that this research went unnoticed by the general public until a slip-up by a Parliamentary MP in Slovenia, in which she discovered her fake Twitter account. 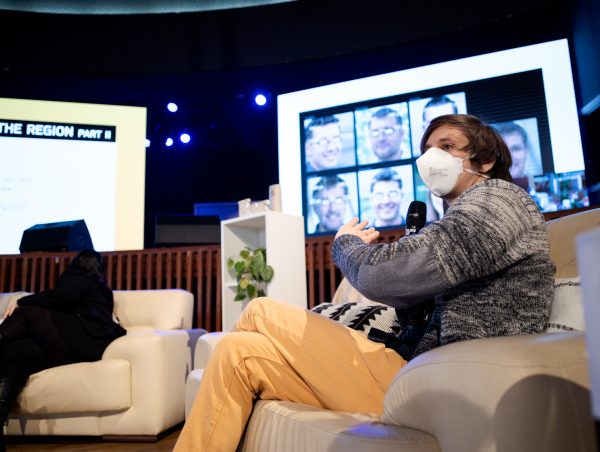 The third presentation displayed Rectify, a Kosovo-based mobile application for reporting and correcting errors in academic books. Edona Haziraj, a software engineer and creator of Rectify, presented the app by primarily explaining the technology of human-centered computing. The goal of this technology is to understand humans and the creation of technological artifacts.

She pointed out that Rectify is an app created to filter the vast amount of unchecked content in academic books. The idea behind Rectify, Edona said, is to reduce the publishing of misinformation and the reach of editors who include such content in textbooks.

Edona stated that misinformation in academic books is a global problem and the app was created due to a lack of reporting platform. Some of the benefits of her app, as she said, are the following: it is free, created with an intuitive API that allows users easy and efficient use, it’s anonymous, community-based and offers a real-time database. The reporting includes choosing the type of mistake and defining which books contain the mistake.

Haziraj expressed the need for Rectify’s further development, as it was created in a short time span, and has a lack of features and needs to be integrated with Kosovo’s educational system. It additionally needs development in the number and topics of reports. 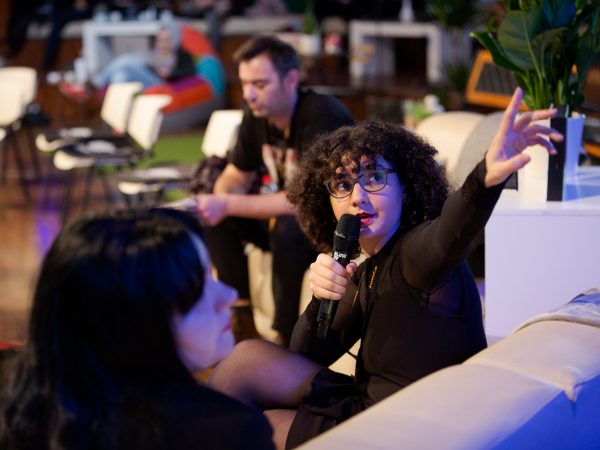 After presentations, a Q&A session took place, where presenters had a chance to talk more about their ideas.

The moderator, Dalio Sijah was curious about the promotion and advocation of Rectify to teachers and the general public, to which Haziraj stated that the hesitation to report is the leading issue. After interest in Janša’s reaction to the research, Filip stated that Janša’s and his brigades’ late reaction to the project was a sign of ignoring the research. Đurić replied to a question focused on the application of the personalization algorithm in Bosnia and Herzegovina by stating that it is not only applicable in BiH, but globally.

A participant from Serbia was wondering if the research on Twitter brigades felt like Sisyphus’ work, because it went unnoticed until a mistake was made by a political individual, to which Muki said that it is demotivating but the work shouldn’t be seen as such since it is a useful tool.

A participant from Kosovo wondered if Edona would receive support for further development, to which she stated that it should be supported by the Ministry of Education.