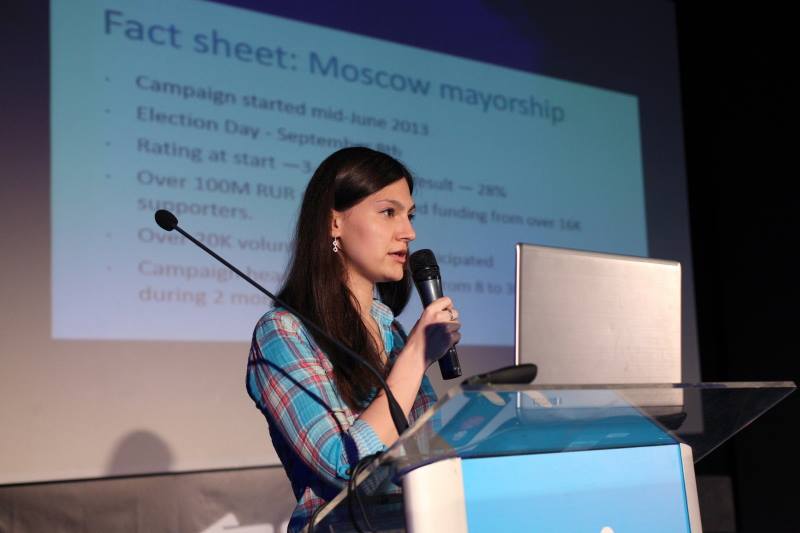 The afternoon session Picking up after the President in Ukraine: Yanukovich Leaks and Euromaidan was opened by Anna Babinets, who is a member of the YanukovychLeaks team in Ukraine. She gave a brief overview of Yanukovich’s coming to power, and her experience with finding the documents which somebody at the Residence of Yanukovich was trying to destroy. She was called to go to the Residence and help with saving the wet documents found in the near-by lake. She delightedly accepted the invitation, and soon hundreds of volunteers, students, journalists, programmers, artists joined the team. In this joint effort the team managed to save 25000 documents. Among the documents found were, financial reports about the building of the residence, documents about payments and banking accounts, documents about buying real estate for Yanukovich’s family, and funny letters between workers working at the residence. This project, as she emphasized contributed to creation of new model of collaboration between journalists, prosecutors, and other institutions. The most important outcome of the project were the new rules coming as result of it – as people understood the power of documents, and all people not only journalists, see that they can work with these documents, and build a new non-corrupt Ukraine. It is a symbolic start of new model of anticorruption in Ukraine.

Stevan Dojčinović, CINS Serbia (tbc), was another discussant at the same session. He gave a brief presentation of the network he is a part of, and the types of help they provide for journalists in the Balkan region, up to Russia. He underlined the importance of international linkages between journalists, for faster and better investigative journalists stories. The network offers journalists in the Balkans and up to Russia by providing connections of importance for the country in question, technical assistance, building websites and spreading the stories internationally.

Dmytro Potekhin, Political analyst from Ukraine underlined the importance of discovering corruption in early stages. In his opinion, the dying of 100 people (on both sides) in 2014 could have been avoided, if Yanukovich was prevented to come to power in 2010.  He emphasized that besides sharing information, it is also important to join actions and to prevent corrupt politicians come to power.