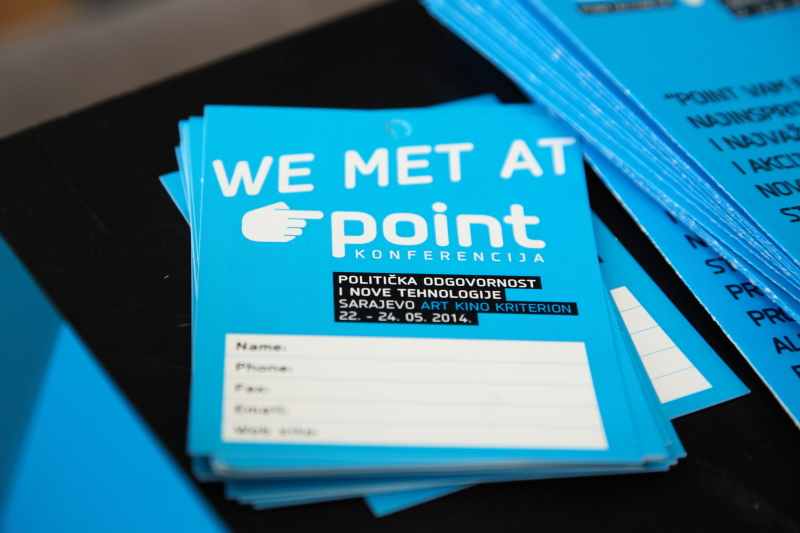 Civil society organizations conference POINT 4.0, organized by CA Why not? from Sarajevo is going to happen from 20th to 24th May in Sarajevo. As always, it will be a gathering of leading regional CSOs as well as guests from Europe and all around the world.

POINT 4.0 will be held in a familiar location, Kriterion Sarajevo.

The Conference has, through its previous editions, brought together leading experts and organizations in the field of the use of newtechnologies by civil society and so we had the opportunity to listen to presentations on their use in the presidential campaign of Barack Obama, which were held by Julius van de Laar at first, and Michael Slaby on third conference. Events in the Arab world were certainly one of the themes of the conference, and last year, among other guests from the region, we had the opportunity to listento one of the most influential bloggers and commentators of events in the Middle East, Sultan Al-Qassemi who spoke about thepolitical control of print media and the opportunities provided by social networks in regards to strengthening freedom of speech.Some panel discussions dedicated to international issues over the past years have dealt with the events in the Arab world, and last year we were dedicated to the topic of the events in Ukraine.

Numerous workshops on the previous POINT were dedicated to developing apps and tools to help the areas which were flooded in May of 2014. Participants have also engaged in OpenData, its visualization and application, which wil also be one of the focuses on this year’s POINT.

Data Advocacy Day will be held on May 20th and it will featire a presentation of AcionSEE, a network which will advocate the importance of Open Data in the Western Balkans. May 24th is planned for Data Academy, which will be used to underline the importance of public data opennes and also on technical possibilities for their presentation and application in different areas.

The rest of POINT 4.0 program and the names of guests will be announced shortly.

In the meantime go to POINT website, and see what we did on previous conferences.