The eighth edition of POINT was opened with lollipops that were given to the participants of the conference willing to open the conference. 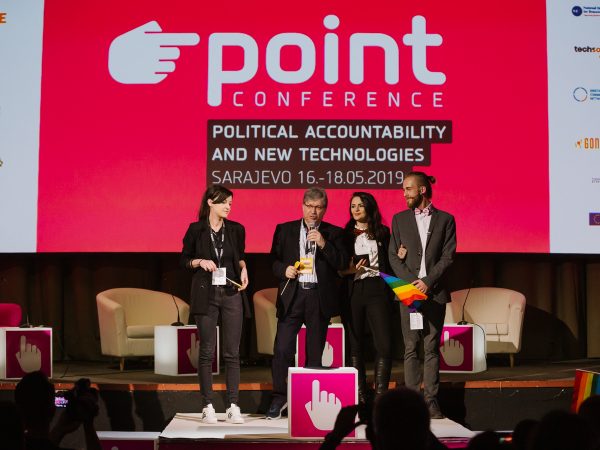 After the opening Danira Karović invited partners from the ACTIONSEE network, to join the opening and to greet the guests.

ACTION SEE (Accountability, Technology and Institutional Openness Network in the South East Europe region) is a network of civil society organizations that jointly work on promoting and ensuring government accountability and transparency in the region of South-East Europe.

The core members of the network are Metamorphosis from Macedonia, Center for Democratic Transition from Montenegro, Center for Research, Transparency and Accountability from Serbia and CA Why not from Bosnia. We also work with partners from Albania – Mjaft, Kosovo – Open Data Kosovo, as well as partners from other countries in Europe and the world. 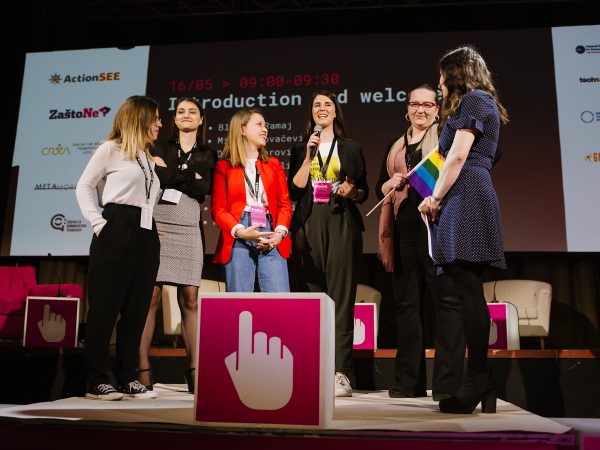 Milica from CDT said that ACTIONSEE was actually formed on the first POINT.

Mila from Metamorphosis mentioned how thanks to the Actionsee, a big regional project was developed, called Index of Openness. Blerina mentioned, how Index brought us together and invited people to learn more about project during workshops that will be held on Saturday.

Ivana talked about networking, and how it is important, and Sara wished everyone to take advantage of the conference and have fun.