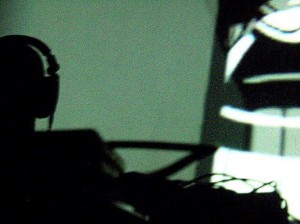 All three nights of POINT 2.0 will feature entertainment sessions and events as part of the @POINTfun program, featuring local and regional DJ-s and music projects, offering participants an opportunity to have fun, relax, and rest from daily activities.

Starting off, on Thursday 23rd of May, POINTfun will host DJ Choola, a Sarajevo based DJ and one of the pioneers of the electronic scene in BiH. Choola started DJ-ing 20 years ago on Sarajevo Radio “Zid”. Since the late 90-s he has appeared in the music scene across BiH, Balkans, and Western Europe along with his colleagues from the Crew organization. As a longtime radio DJ (Zid, Radio 2, BH radio 1) he has been in touch with various music styles and rarely defines his sets ahead of time with a style which some label as eclectic. 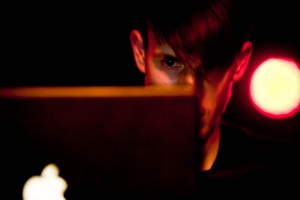 Friday 24th of May will feature an electro-pop set by Jovan Vesić, member of the Belgrade electro-pop project “Inje“, started in late 2007. First releases included „Skrivenosemenica“, „Na tavanu“ and „Devojku“ (2008), after which they released the single „Lego“ (2009) and attracted a wide following with maxi single „Danas“ (2010) which was at the top of the yearly rank for radio hits in 2010. ”Protok” is the first LP release and represents a shift towards a heavier sound. It received positive reviews from both domestic and foreign critics and public. The first single from the album “Kofein i CO2” earned a spot on all relevant domestic playlists and held the top spot for three weeks on the B92 Radio singles rank list. Music video for “Kofein i CO2” was released on the website of Wired magazine, in the Beyond the Beyond column by Sci-fi author Bruce Sterling. Other than live appearances, Inje is recently active in DJ-ing, re-mixing, and music production. In 2009, Inje contributed to the “Dark Tribute to Lepa Brena” compilation with a remix of “Jugoslovenka”, and were announced by MTV as one of the four best remixes of “Volim te” song by Croatian band Lollobrigida. Inje also remixed Jenny Wilson (SWE) and Nipplepeople (CRO) among others. Inje tracks were remixed by artists such as Breezesquad (JPN), Izae (CRO), Felony Flats (SRB), and many other producers from the region.

Inje is currently working on an album of mostly club versions and remixes of “Protoka” which are already part of DJ sets. Inje participated in the filming and production for the upcoming album “Solution to Reality” by Hemendex. Recently, 20th of May, Inje released their latest remix single “Zlatne Spirale” (Svi Na Pod).

All tracks by Inje are released by pod Creative Commons Non-Commercial Share-alike license and can be downloaded for free from their official website.

Support of Jovan Vesić will feature a set by Sarajevo based DJ Sholaya, known for sets mixing various music styles and genres, from rock and roll to electro pop.

The final night of POINTfun program, Saturday 25th of May, will feature two new bands from BiH –InTheRoom and Holographic Human Element.

InTheRoom gathers a group of music enthusiasts which creates music outside of genre constraints as part of an experimental-instrumental project, which was started in 2011, including members of  KillingJazzHardcoreBaby, KZU ole ole & PZU oje oje, Don Guido, Misionari, Propeler.

Holographic Human Element is a post rock experimental band founded in 2012. They describe their music as transmitting all thoughts into sound and an abstract listening experience where the emotion is projected to the public, awakening the peak of the Gauss curve buried under layers of viscerality.