There aren’t that many similarities between Bosnia and UK, but one was found during this session in POINT 5.0 – both need more girls in the IT sector. And both countries do have brave young women trying to fix this. 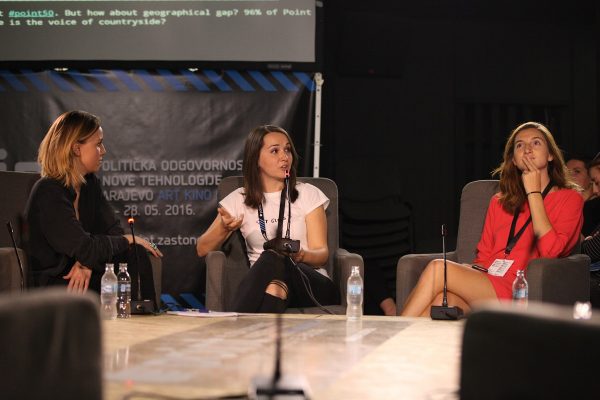 In Bosnia, it is Erma Mulabdić and her team It Girls. Elma said that, in the Balkan region, women in the IT sector are a rarity, which is why they decided to engage in encouraging women in IT and change this.

Josephine Goube from Girls in Tech concluded that, having in mind that women make up half of the human kind, it is hard to understand why they are not equally represented in IT sector.

“It is more fun if you have women and men in the sector,” Goube said.

“This is a great opportunity that women should not miss.”

Erma’s team recently made a small survey in Bosnia among 700 participants. The key result is that girls and boys have the same access to technology, similar or the same interest in it, but when survey participants were asked if they want the career in the IT, most of the girls said no.

“It’s hard to say why that is, but one of the reasons could be that they do not see many women in the sector. Our organization is trying to change that.”