POINT 2.0 conference, held from 23rd to 25th of May in Sarajevo BiH, will feature a wide-range of participants from Europe, Americas, and the Middle East, involved with use and development of new technologies for civil society.

The conference will feature the participation of Esraa Abdel Fattah, co-chairwoman of the „Egyptian Democratic Academy“ (EDA) and founder of  group for the political empowerment of women „Free Egyptian Women“. Globally she is most known for her role as a co-founder of the Facebook group regarding the April 6th protests in Egypt in 2008, calling on civil disobedience of workers due to low wages and rising prices. After being recognized as a phenomenon on social media under the pseudonym „FacebookGirl“, she was held for questioning by the Egyptian security service and spend two weeks imprisoned. Due to organizing and leading the historical Tahrir Square demonstrations, she was proclaimed woman of the year in 2011 by Glamour magazine and was also nominated for the Nobel Peace prize the same year. Arab business magazine proclaimed her one of the 100 most influential women of the Arab world in 2011 and 2012.

POINT 2.0 will also be joined by Abbas Adel from Egypt as a part time social entrepreneur, known for founding  MorsiMeter.com-a, a web site for monitoring activities in fulfilling election promises of Egyptian president Mohamed Morsi. Abbas Adel will present the web application zabatak.com which represents a method for monitoring and locating widespread crime and corruption via the use of new technologies.

The conference will also feature René Herlitz, representative of ParliementWatch-a, a platform for monitoring parliaments and civic activism in Germany. ParliementWatch enables the public to post inquiries to members of parliament in a public space, gather insight on the votes of parliament members, and gather data on fulfillment of election promises, including the earning of parliament members.  The project encompasses all election candidates on federal, state, and European level. All functions of the platform are available without registration and are completely free of cost. ParliamentWatch on average has 6.800 daily visitors and around three million citing’s per month.

POINT 2.0 will include a presentation from Nele Leosk, activist in the field of e-governance and e-democracy in reforming the public sector in Estonia.

Sandor Lederer, NGO activist in the field of public spending in Hungary will also participate in POINT 2.0. Sandor is a co-founder and director of K-Monitor which was launched with the aim of bringing to attention problems of corruption and lack of transparency in governance in order to foster democratic principles and rule of law in Hungary. 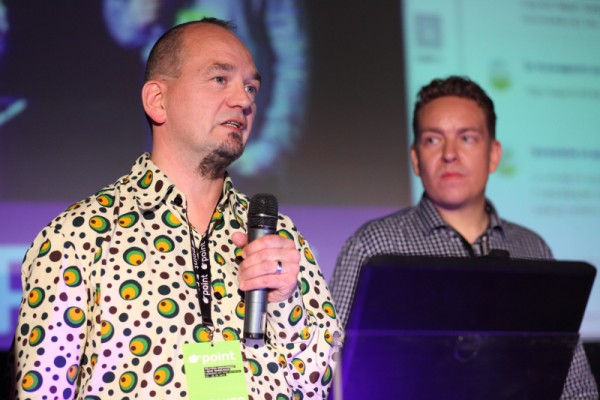 Also included will be presentations by Robert Bjarnason and Gunnar Grímsson from Iceland as co-founders of the Citizen Foundation whose mission is to develop an online network of individuals with innovative and positive ideas for improving their community. They will present Your priorities service and Better Reykjavik, one of the most successful Your priorities web sites. They will also speak on the new constitution of Iceland which was constructed by the citizens. The new constitution is a unique document based on participation of every citizen. This was the first attempt of any state to construct a constitution from the democratic base.

This year’s conference will feature participation of representatives from numerous civil society organizations from the region that will present the latest innovations and uses of new technologies for social processes ranging from recommending constitutional reforms to fostering transparent open government data.