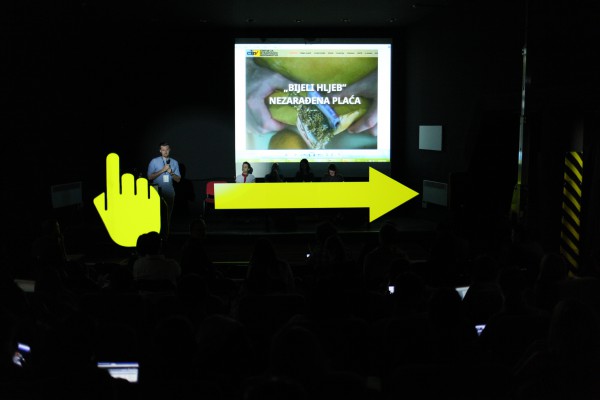 NDI is a non-profit and impartial organisation that provides support in strengthening of democratic institutions worldwide through citizen participation in open and responsible government. It was presented by Asja Kratović, Programme Officer in NDI, and she introduced the audience to the project “Imate riječ”, which NDI implements in cooperation with Centre for new communication Dokukino from Sarajevo. It is an online platform aimed at improving the communication between citizens of BiH and representatives of political parties. The idea is to have citizens contribute to work of delegates on all levels of government, as well as to work of other political subjects.

NDI worked on a programme of policy development with political parties, and with the network of young politicians Rokada.

Centre for new communication Dokukino was presented by Asja Čengić Kasumović. It is a regional civic society organisation from Sarajevo that works on establishment of new and better communication between youth of Serbia, kosovo, Bosnia and Herzegovina, Croatia and Macedonia. Included into their sphere of interests are battle against homophobia and discrimination, human and women rights, issues of transitional justice, integration of marginalized groups and new communication between countries of Western Balkan.

Alen Voloder presented Public Interest Advocacy Group – CPI Foundation from Sarajevo. It is a NGO dealing with collection, analysis, publishing and promotion of information of interest for citizens. Foundation CPI tries to make public and verified data, important for citizens of BiH, easily available, in the context and in a way that is easily understandable to those not professionally involved in public administration and public finance. In his presentation on POINT, he talked about the project “Center 72” which aims to improve collaboration between government and citizens and better transparency and efficiency in work of local communities.

Project is being implemented in collaboration with Municipalities of Ilidža and Zenica. Collaboration was imagined in such way that the citizens can report a problem in their local community through web portal Centre 72, and receive an answer from authorized municipality services in three days time. 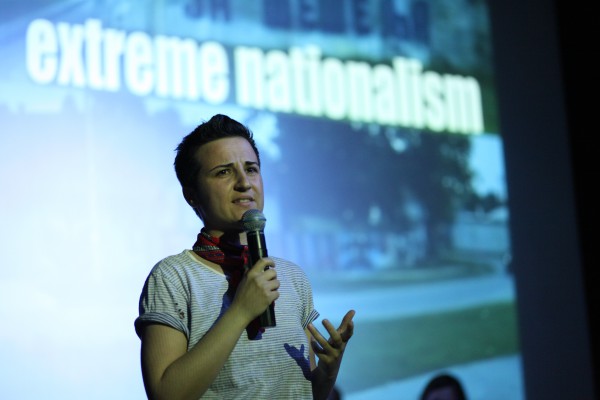 Jelena Dukarić from Vojvodina Civic Centre presented this organisation from novi Sad which works on affirmation of values of open civic society, protection and promotion of human rights, development of critical dialogue and events from 1990s in the region and inclusion of youth in social-political processes through youth activism.

On POINT Jelena talked presented internet platform “Objectively better”, created from aspiration to use modern ways of communication to enable easy and quick graffiti removal on public and private spaces that call for hate speech, violence and intolerance. Besides web platform, they developed an Android application that serves to map graffiti containing hate speech. 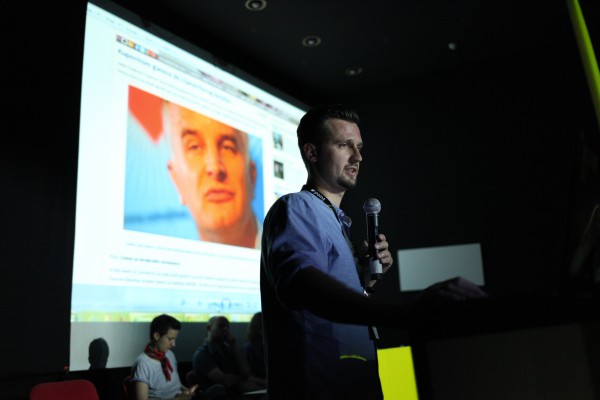 Centre for Investigative Reporting from Sarajevo was presented by Kenan Efendić. CIN deals with investigative reporting and their focus is organised crime and corruption. They cover numerous social topics: education, sport, health services, employment, politics, narcotics and tobacco smuggling, forged medications and documents, financial frauds, etc. CIN’s stories are published in leading web portals in BiH and abroad, and they collaborated with numerous reputable media in the world, and they have been referenced in the Guardian, Time, Der Spiegel, Washington Post, BBC, Deutsche Welle and others.

Aleksandar Krstić from Zaječar Initiative talked about this NGO from Serbia whose mission is development of civic society and democracy in eastern Serbia, starting from the local level and with emphasize on young people. Vision of Zaječar Initiative is strong civic society that monitors the work of all levels of government and participates in creation and realisation of public policies, with the aim of good governance. Aleksandar presented the internet website Publika, with which they want to include a larger number of citizens in the process of media regulation in Serbia. Because it is not possible to use website of Regulatory Body for Electronic Media (REM) to appeal on certain content, on Publika website citizens will have that opportunity, with intent to have every reply automatically published. Publika will be online from 2.6.2015. Long-term goals of this, according to Aleksandar Krstić, is to encourage REM to make their own online system for appeals and improve transparency.

When citizens regulate media from Point_conference

After the presentation, participants had an opportunity to ask questions, and most of them were directed at Jelena from Vojvodina Civic Centre in relation to hate speech graffiti removal from streets of Novi Sad.

Presentation was moderated by Dona Džambaska from Macedonian organisation Metamorphosis.