POINT 5.0 will host the crew from Serbian satirical portal Njuz.net, that will, at the end of the conference’s second day 27th of May at 19:30h, present their third, recently published book ”The Real history of the world”. Book will be presented by Marko Dražić, Viktor Marković i Darko Crnogorac alias Soko Sokolović. 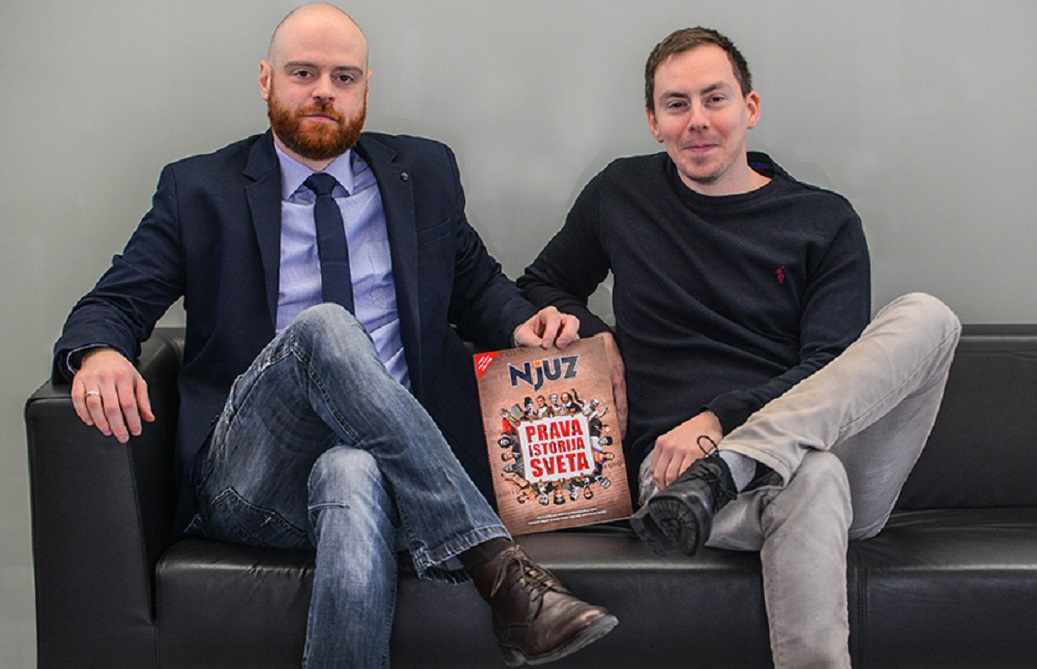 For this book it has been said it is funny, humorous, smart and original, and it represents this satirical site in printed edition. These news are humorously put together so they represent the real truth, and this is exactly how this book tells the real history of the world: from the moment Adam doubted Eva is cheating on him, to the paranoia of Bobby Fischer. This is the kind of book you read in one breath. What other critics said about it:

”This book represents a special place in my barrel.” Diogen

‘’There is no way I am going to print this garbage!” Johan Gutenberg

”Reading this book was a true pleasure.” Markiz de Sad

Njuz.net is a satirical news site from Serbia, that publishes imaginary news. It was created in 2010 after American news site, The Onion. In a short span of time it became very popular in the country, mainly because of some ‘serious’ media who were publishing their news as real. Wider audience got to know them only after they had published the news about drunk Serbian guy that killed a shark in Egypt. This story, shortly after, had reached all of the continents and many redactions actually believed this news was real. For the past three years, Njuz.net team, together with Zoran Kesic, works on a scenario for a very famous TV show in Serbia, ”24 minutes” made after Daily Show and Colbert Report.

Language of this session is B/H/S.