For the first time in Sarajevo, POINT 6.0 Conference will host members of globally known Russian activist group “Pussy Riot” and their new project “Pussy Riot Theater”. This will be the first regional performance of the play, entitled “Riot Days”, being premiered in eight cities of the United States in March this year. 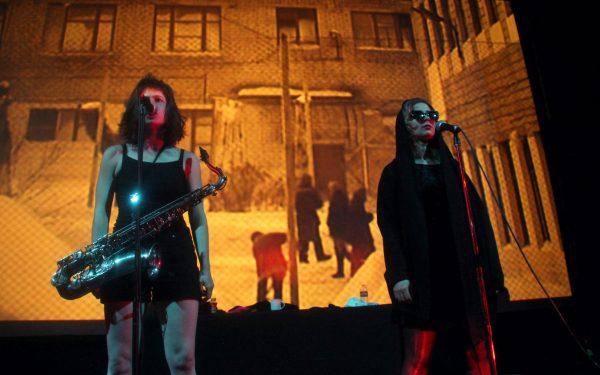 The show is a musical – theater piece which was created on the basis of book of a member of Pussy Riot, Maria Alyokhina, which represents personal story of this group including their protest actions, hiding from the police, arrest, Moscow jail, police tests and trial. The book will be published in September this year in the US, Canada, UK, France and Germany, and a number of editors, publishers and people like Patti Smith already evaluated it as a breakthrough and a starry letter.

At the show, besides Maria we’ll be seeing: Kiryl Kanstantsinau, AWOTT (Asian Women On The Telephone) psycho-punk musical duo and VJ Vasily Bogatov.

An hour long piece about protests, art in enemy territory was directed by Yury Muravitsky, one of the lead Russian theater directors, and producer was Cheparukhin. Videos of Taisia Krugovykh and video art of Katy Ssheglove were used in the piece. 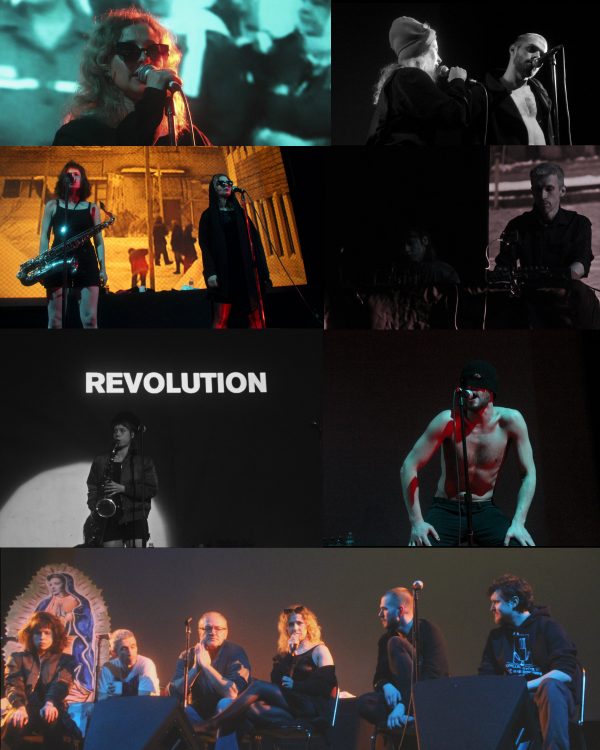 Puss Riot is a Russian protest art collective founded in March 2011 as provocative guerrilla punk-rock performance, performed unannounced in unusual places, and dealt with topics such as feminism, LGBT rights and was an opposition to Russian President Vladimir Putin, that the group considers a dictator. The themes of their performances included the Putin’s links with the top of the Russian Orthodox Church.

They attracted global attention by performing in Moscow’s Cathedral of Christ the Savior in early 2012.This performance, in the words of a member of the group, was a reaction on the support of the top of the Russian Orthodox Church for Putin’s election campaign.

In March 2012, three members of the group Nadezhda Tolokonnikova, Maria Alyokhina and Yekaterina Samutsevich were arrested and charged with hooliganism, and in August of the same year were sentenced to two years in prison for “hooliganism motivated by religious hatred”. This process has sparked criticism of the public and human rights especially in the west.

Yekaterina Samutsevich was after appeal conditionally released in October 2012, while Tolokonnikova and Alyokhina were released in late December 2013, after their Russian Duma signed the amnesty. The two women in prison have spent a total of 21 months.

After liberation, Nadezhda Tolokonnikova and Maria Alyokhina with several other members have performed as Pussy Riot during the Winter Olympic Games in Sochi, where they were attacked with whips and tear gas by the Cossacks who were in security.

From 2014 until 2016 Alyokhina and Tolokonninkova recorded and released several videos, “Putin Will Teach You To Love The Motherland”, “I Can not Breathe”, “Chaika”, “Organs”, “Make America Great Again” …