The panel has presented random sample voting as a new member of the democracy toolbox featuring a sample of people who represent a wider population. Random people voting can be used on various levels, local, regional or national. 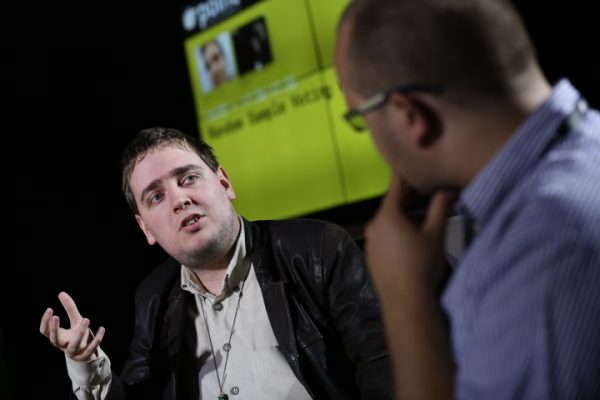 Random people sampling ensures anonymity and ensures principles by using encrypted, but public data, which is mathematically representable. Nicholas Blanchard has presented a series of advantages and disadvantages of the process. Nicholas has pointed out that this method significantly lowers the costs in comparison to traditional elections, and also due to a smaller amount of voters needed to conduct the election, elections can occur more frequently, but always regarding a single issue. The panel has raised a question of being informed and motivation due to the weight that each vote carries. This, in turn, increases the chances of a voter to engage with the topic that s/he is voting on more in depth.

However, as the panel has concluded, random sample voting highlights two main problems. Firstly, the negative aspect of this type of election that holds a great promise, as Nicholas stated, refers to the fact that people hate randomness and are afraid of it and secondly, he argued people might not have the energy to go through the process.