After the sessions on the UK referendum and US elections, the talk about the political process and the elections in Serbia and Macedonia, showed the similarities and the differences between these parts of the world. 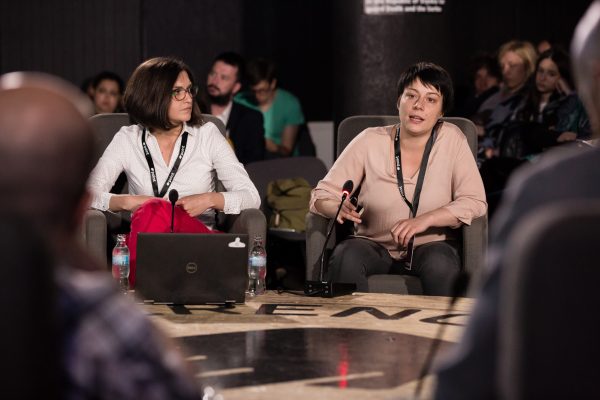 Unlike UK and US, in Serbia, as the speaker in this sessions repeated several times, political campaigns and the elections are happening all the time. Over the last five years, Serbia had 4 elections. And it was more or less very similar, campaigns and results alike.

Marko Dražić from satirical njuz.net, said that it is interesting for him and his colleagues to follow this because it means that every day they can read about the promises of good life in most of the existing media. “In Serbia, the most popular daily is sort of a fake news. But what is interesting is that people believe all that. If you live in Serbia, you do not need alcohol, drugs or anything, just news and you will see how good of a life you have,” Marko said.

Maja Stojanović from Civic Initiatives in Serbia confirmed what he said, saying that during the last elections, it was almost impossible to hear anything else but the voice of the candidate who is winning several years in a row. He rules the media and the public life, and for the opposition the only thing that’s left is social media.

The situation is similar in Macedonia, except that people in this country are protesting for years. Mila Stamenova is a PR for the political campaign “For life in Macedonia”, run by the main opposition party, Social Democratic Union. She spoke about the ways they used social media, video and audio messages, but also how they got involved with the protest movement. The main message from this experience is to focus on demonstrating emotions, hope and decisiveness.