What is the motivation that drives creators of conspiracy theories? Why do we witness an increase in the dissemination of those types of media content, and what could be the solution for the problem? These were the questions that Point 9.0 panelists tried to answer. 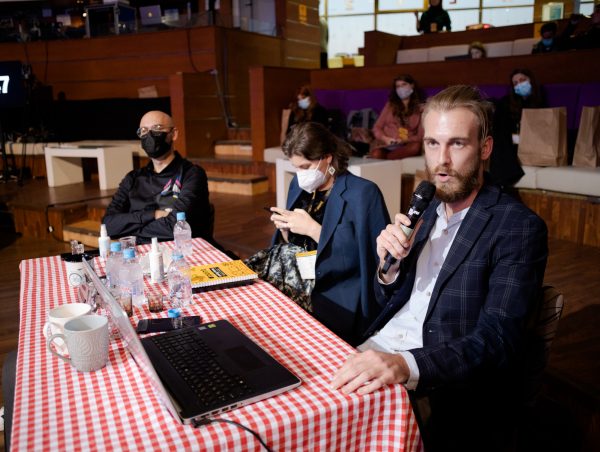 Marija Vučić from KRIK doesn’t know their motivation, but she thinks that they do believe in what they are saying. All the likes, and shares and approval they get makes them think that they are right. Controversy that surrounds those theories makes them “sexier” than actual facts and research. When they surround themselves with like-minded people, it affirms their beliefs.

Since there are a lot of highly educated people who paddle those theories, the moderator Emir Zulejhić asked the panelist if it is possible that doctors of medicine actually believe in theories that they spread. 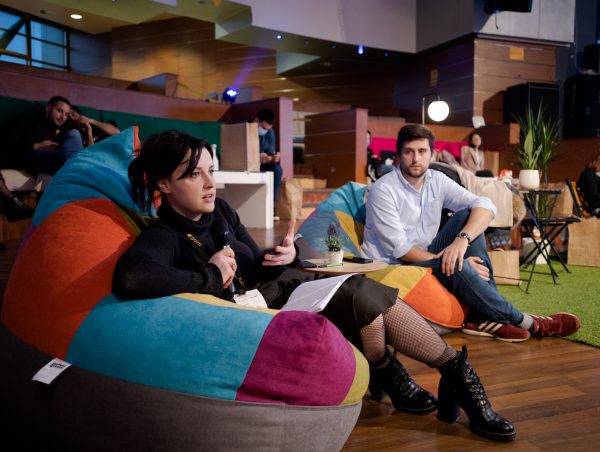 Milovan Nikolić, assistant editor of Serbian fact-checking portal FakeNews Tragač, thinks that some of them really believe in what they are saying. He referred to Mila Alečković, who had spread conspiracy theories long before the pandemic, and motivation might be the financial gain, but he reiterated Marija’s claim that shares and popularity are the main driving force.

When it comes to those who believe in conspiracy theories, Darvin Murić from CDT thinks lower education plays a significant role. He referred to a survey from Montenegro which shows that every fifth Montenegrin believes in Covid-19 related conspiracy theories.

Ivana Živković pointed out that only 11% of Croatian citizens have had some sort of media literacy education which gives some insight into why a lot of people are susceptible to conspiracy theories. In times of crisis, people tend to believe in sources they know and resonate with their own experiences and sources that simplify complex stories, so conspiracy theorists exploit that.

Angie Holan from Politifact talked about the situation in the USA. They noticed a few things that showed particular patterns. Older people are more susceptible, they also see young men spreading conspiracy theories, but they also noticed that some of the people who act on conspiracy theories had some sort of emotional trauma. Some of them are attention seekers.

Maria talked about the far-right group “Narodna patrola” from Serbia, which peddled the conspiracy theory that the Government of Serbia intends to settle about 700,000 migrants in villages in Serbia, and that they were using the lockdown to do so because it allegedly committed itself to that with the Dublin Agreement. Such fake news helped them gather 300,000 people on Facebook, and they organised protests to stop the settlement of migrants. These people believe that Bill Gates and George Soros stage the migrant crisis, they are anti-vaxxers.

Darvin talked about the study that believing in conspiracy theories is rooted in folklore. The same way people believed in witches, they now believe that Bill Gates must be a villain with all of his technology and wealth. 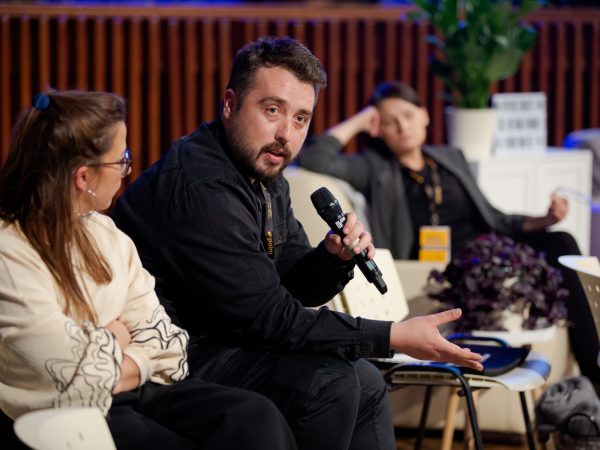 Tijana Cvjetićanin pointed out that besides right-wing, left-wing groups also lean in different theories like the new world order and global government. They are anti-imperialists who are not authoritarians or right-wing who subscribe to those theories because they like those simplified explanations of the word and political process. We have peace activists, people we can connect on the level of values deep into conspiratorial thinking. Tijana concluded that there is space for this kind of thinking on all sides of the political spectrum.

When it comes to the responsibility of doctors, Maria shared a story of a doctor promoting Ivermectin and giving people dosages through a Viber group, and who eventually lost his job.

As for changing opinions of those who believe in conspiracy theories, Maria also talked about flat earth believers who have abundant proof that the Earth is not flat but still retain their beliefs.

Katarina Bulatović, a journalist from Oštro, talked about solutions. She pointed out that we can use more money for fact-checking initiatives and media literacy but shouldn’t forget the importance of journalistic standards.

Angie gave her views on solutions to this global problem. She believes that there must be continuous pressure on social media companies and their practices about conspiracy theories. She is very hopeful about what the EU does in that regard, more hopeful than it’s the case with the US. We need to keep fighting the good fight in schools, promote scientific methods and educate. She doesn’t think that there is a solution to fix everything, just that we need to keep working on continuous improvement.