Ana Brandescu, Badita Florin and Luca Ciubotaru talked about the importance of the protest that started in Romania this January, where over 600.000 people gathered in the main city to protest against corruption and bad governance. 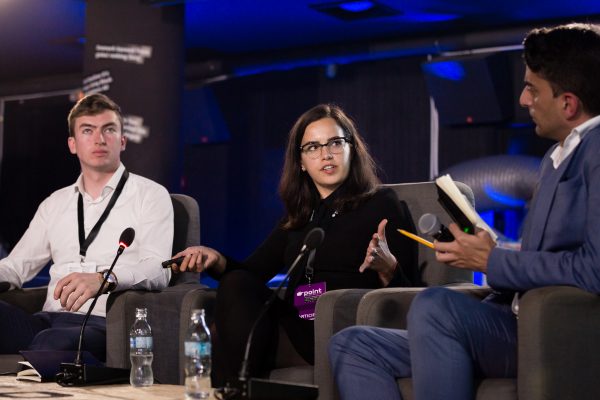 Badita was a direct participant of the protests, not only this year, but since the movement was born, sometimes in 2011/2012. As he said, there was no culture of protest in Romania before that.

In 2011, when a group of protesters went out for the first time, they were faced with the total media blockade. Badita said that the media were under strong government control. However, citizens used social media and this type of activism contributed to the protests spreading in January this year. Those who took to the streets, organized themselves by exchanging all the information online, using different social networks. Social media became a public space that guaranteed freedom for Romanian protesters.

Beside meeting face-to-face, people who took part in protests, and who are still active, are still meeting and discussing online. Additionally, until today they have to fight fake news and propaganda coming from some big media in Romania.

The protest in January, according to Luca Ciubotaru, an open government advisor, brought change on different levels. In the first place, they helped to strengthen civil society and to get the diaspora more involved in current political affairs.