David Solomon from Thinking Cities has opened up the discussion by following up on the previously quoted piece of statistics where statistically only 9% of citizens are active in their cities. That, in turn has led to the discussion on both, the language and meaning of active citizen and citizenship and the need for deconstructing the language. 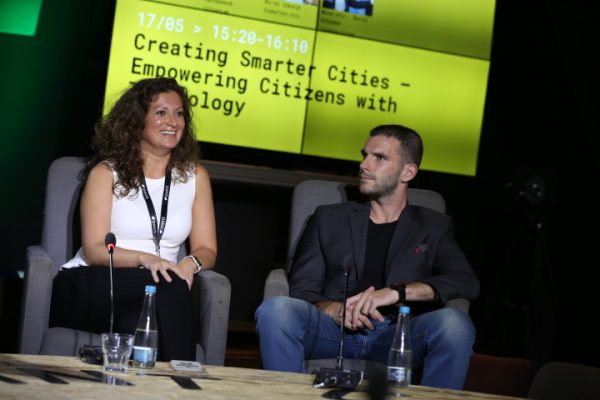 The content of the panel took some unexpected turns with themes of culture, limitations and education seen as crucial elements in paving the way to successful creation of smart cities shaped by smart citizens.

Nuray Gokalp from GlobalTech.City has pointed out to the language of the debate and expressed the need for deconstructing and again reconstructing the language people use. Nuray has emphasised the power of human connections and engagement, emphasising that people are actually more interested in people whereas technology just serves as a mean, rather than the end goal. What can be done with the technology? Nuray argued that technology has to make the life of the people easier across different roles they play in society. Nuray has broadened the definition of the smart city and has argued that it has to account for not commonly expressed dimensions of smartness such as freedom, happiness, and values such as human awareness. Nuray has also referred to the Unlearning- we have learnt a lot of useful – untangling the mindset to go back to the basis and basic understanding.

Wietse van Ransbeeck from CitizenLab spoke about the importance of empowering the citizens to empower the governments to in turn, empower the citizens to empower the governments. Wietse, a founder of CitizenLab, a platform can have a significant impact in the future on how cities will be governed has filling in the gap channel of understanding what is an act of co-creation for the future of cities between the citizens and the governors. The initiative that Wietse has created already operates within 80 local governments around the world. To picture the typical sub-projects Wietse has presented social housing and empty housing in Vancouver that saved $30 million and then allowed the citizens to decide where this money should get spent. Referring to the discussion on smart governance, he referred to smartness in terms of how cities can leverage networks and technology to improve the quality of life in cities and make them more sustainable. Governments play the role of enabler; they offer a platform to connect citizens and private players and foster innovation. Wietse has referred to the cultural embeddedness of experiences. Quite opposite to Ivan, Wietse spoke about the culture trust that the government has in its citizens in places such as Nordic countries and Switzerland. In those countries society is more horizontal to what is happening for instance in Eastern Europe where the top-down approach is still the dominant one. Wietse has presented the role of the government as a facilitator and enabler of empowerment of citizens and transparency. 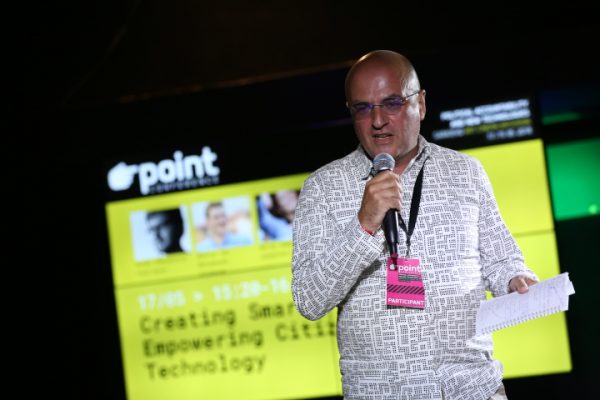 Dusan representing Palgo Center has referred to the concept of smart city by analysing it from a different angle. Dusan has started his contribution, since they were talking  about smart cities, were previously cities not intelligent? Dusan has emphasised the role of the cities as a source of innovation that is never completed and cities are living entities that have their own contradiction.

Ivans’ contribution to the panel started with some insights on the discussion based around the mindset and cultural settings perceived as fundamental issues where no challenge whatsoever to the system should be posted. Ivan has argued that in some cultures people are both, afraid to empower decisions. In the example of Serbia, from the early age youngsters are taught lack of critical thinking. Subsequently, in this scenario questioning anything that is said by people who are older and more experienced is not desirable. Ivan has provided the evidence that individual interests and skills are not important, moreover, from an early age kids, who then grow to be adults are not capable of making the decisions as by default they are not empowered. This rationale constitutes the basis of the smart city education initiative. Ivan has recognized lack of political accountability and the need to educated people and their aware use of technology. In other words, Ivan argued that we need to provide citizens with the ecosystem within which mindsets are encouraged to think critically and be able to make informed decisions.

The panel has concluded with a statement that with a magic wand, while there is no unique format to create smart cities, it is essential for the citizens to become empowered in order to contribute to the creation of the surroundings around them.