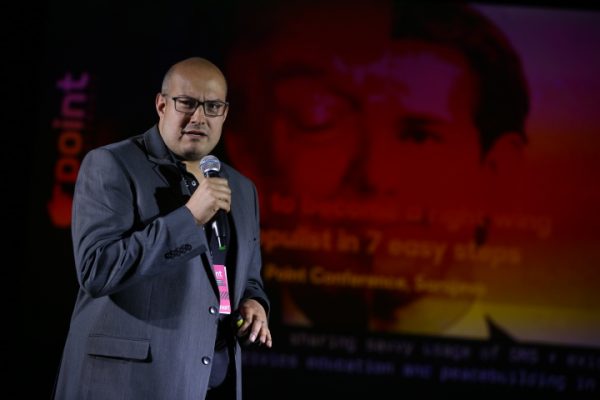 Yussi has worked on small state delegate races as well as presidential races (Hillary Clinton 2016) in the US and global advocacy campaigns, organizing grassroots activists around one goal.

During the short presentation he gave us, the model of behavior that right-wing populists are using in order to gain their attention. :

The most revolutionary thing about the new ways of communication is that you can create your own content and you don’t need traditional media. Yusi showed us some examples of such kind of news from the US and Europe.

Truthiness is the truth that we feel is the truth. People feel unsafe and right-wing populist use their feeling.

Donald Trump is doing it all the time, Sebastian Kurtz did it a few times. If you are attacked you just need to threat your opponent with the lawsuit. If somebody is threating with the suit he must be right“, Yussi said.

The presentation was moderated by Damir Dajanović, from CA Why not from Sarajevo.