During the POINT 6.0 conference, from May 24-27th, Kriterion hosted an exhibition of visualised data, “Data Stories” by Share Labs. The exhibition was presented by Vladan Joler, Share Foundation’s director and a professor in the Department for New Media in Novi Sad University. 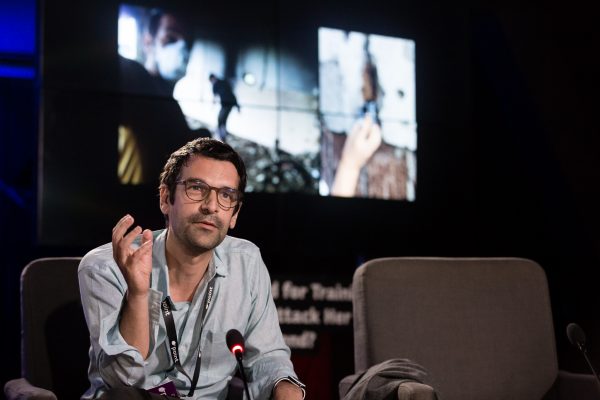 In is discussion with Feđa Kulenović, an independent information expert, Joler talked about the visualization of the data gathered by several series of Share Lab’s investigative stories. Their research is based on the process which includes gathering, analyzing and visualizing large data bases, in order to create thoroughly investigated and full-rounded stories.

Most of the time, as Joler stated, Share Labs’ research is not based on official documents, nor on the data that became accessible online through open data initiatives, but rather on the “active remote sensing” – gathering information by using different tools for analysis of open networks, or data created by hardware or applications. Instead of gathering official documents from governments or companies, Share Labs preferes to do its own research, aiming for it to be fully independent and useful both for the experts and researchers who deal with online privacy and security, and to the general public. 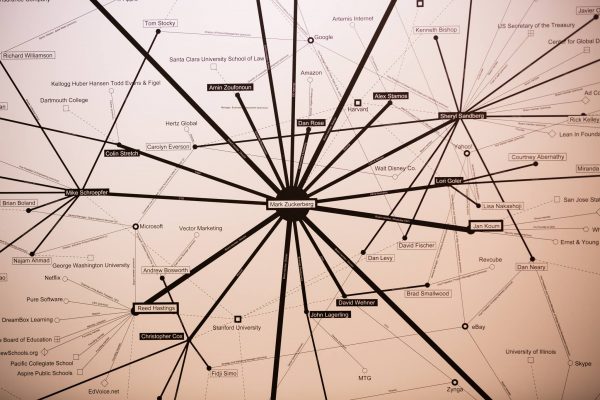 Some of the visualizations we saw dealed with the last presidential elections in Serbia, Facebook, invisible infrastructures of internet providers in Serbia, or metadata research.

“Through the story of metadata we leave by our very presence on the internet – which are harvested daily by different government agencies, internet providers, corporations like Google and Facebook, but also by creators of applications and mobile devices – from a position of someone who is solely interested in this topic and data gathering, we tried to point to the significance of metadata for the protection of our privacy and security. If we were able to research the habits of one company’s hacking team members through their metadata, you can assume how much Facebook knows about us, our habits, locations, interests, circle of friends… It’s unimaginable,” said Joler. 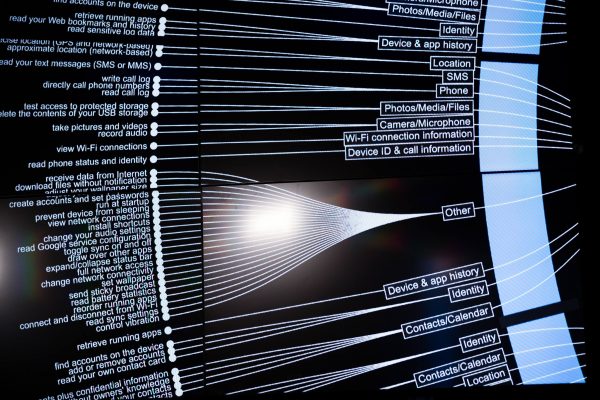 The significance of metadata is currently a hot topic worldwide and Share Labs’ research was aiming precisely to show how important it is for the safety and privacy of internet users.

Besides visualizations of metadata stories, we also had a chance to see the stories related to the elections in Serbia, more precisely – visualizations of candidates’ behavior on social networks, their commercial communications and advertisement. 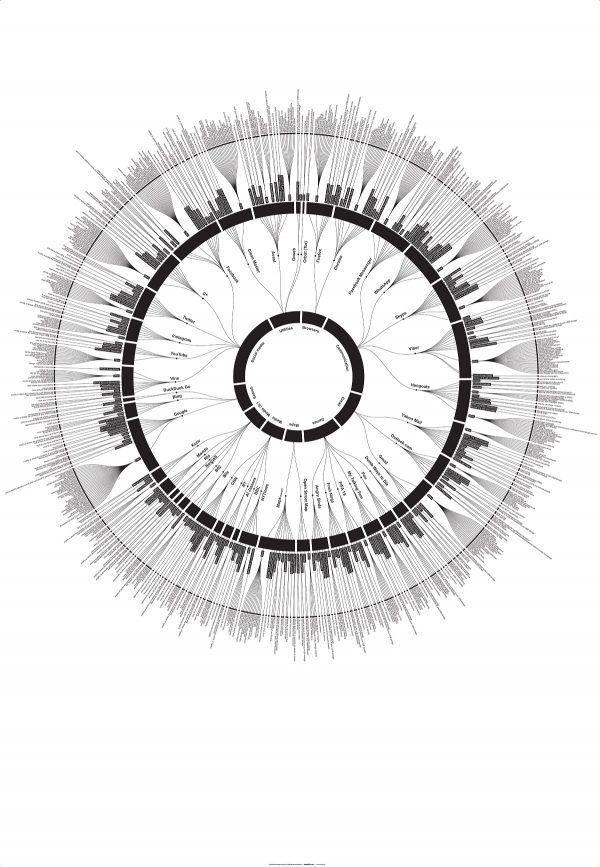