“Technology changed the entire face of this crisis. I am absolutely sure that without the use of the internet and technology, this would have been an even bigger catastrophe… In every way, technology helps the refugees, it helps us volunteers, the organizations working in the field…” said Tim Clancy, a volunteer from Sarajevo who began working with refugees in early 90’s, when the war in Bosnia started. 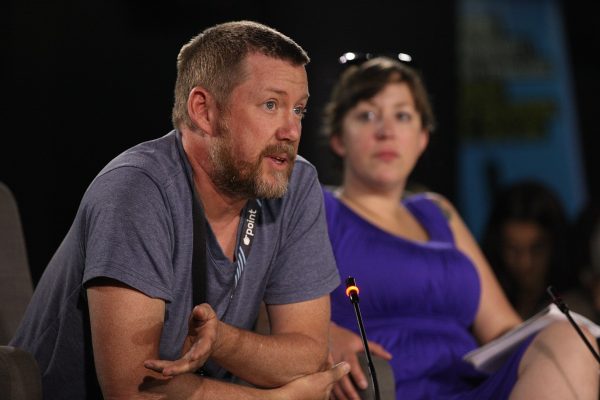 With this, Tim has unintentionally summarized today’s fourth session Technology and Refugee Crisis – What Works and What Does Not? Unlike Tim, most of the panelist at this session were technology experts who, by themselves or with others, created or put in use different technological solutions for refugees.

The panelists who participated in this session volunteered in different parts of the world over the last year, trying to help refugees coming from war zones. Kate Coyer from Budapest remembered how she became a volunteer when the refugees started coming to Hungary, and the government has done little to nothing to help them. 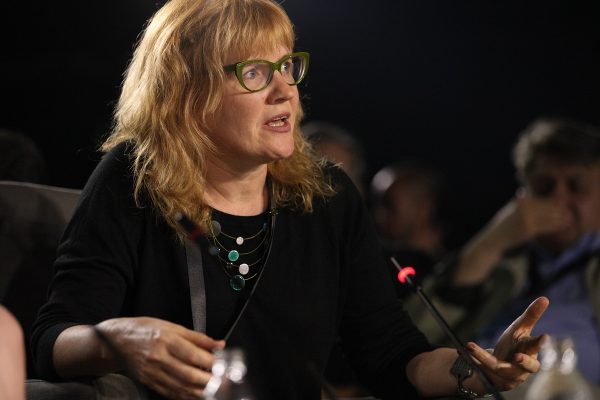 Kate remembered how most of the people she met had two questions after arriving in Budapest – “Where am I?” and “Is there WiFi?”. The volunteers were there to answer their questions and help in every way they could.

Like in Hungary, governments all over Europe were not eager in helping refugees either, so the volunteers took over. Filip Milenković, a “tech genius” from Serbia, was one of them. Among other things, he decided to use his knowledge and try to involve more people to come up with ideas that will make travel for refugees easier.

“I believe in technology, but I also believe in people. Many people got involved and are helping in different ways. People can easily help people, if they want,” Filip said. 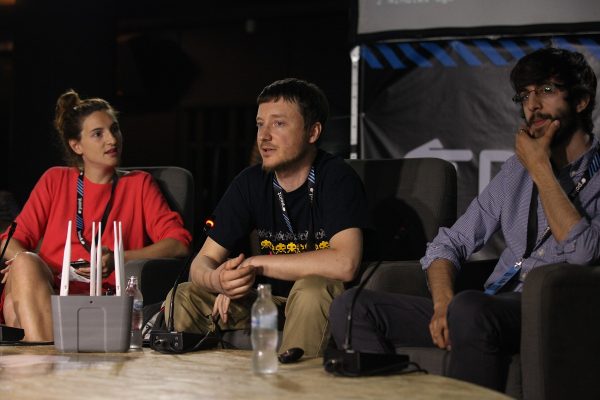 He also spoke about different initiatives in “hacking crisis” and series of events he co-organised to connect the tech people. One of the ideas they developed is Info Hack, the app that helps the refugees stay in touch and get information while in Serbia, even if they do not have internet connection.

Different initiatives are developed by Techfugees,  the initiative started last year in London, which was presented by Joséphine Goube. Today Techfugees is present in 27 countries around the world, including Belgrade. Techfugees links local NGOs with the tech community to support the development and deployment of tech that responds to refugee needs like wifi and education opportunities.

Valent Turković is an activist, volunteer and a person who got involved with finding solutions for refugees on the mov,e coming up with different ideas that help them to stay in touch while traveling. He spoke about the first shock after meeting refugees last year, and the disappointment he felt after realizing that neither governments nor big organizations are helping them in the right way.

Finally, all the panelist stressed that it is solidarity that matters in life, calling all the people to engage and work together in order to help to those in need.