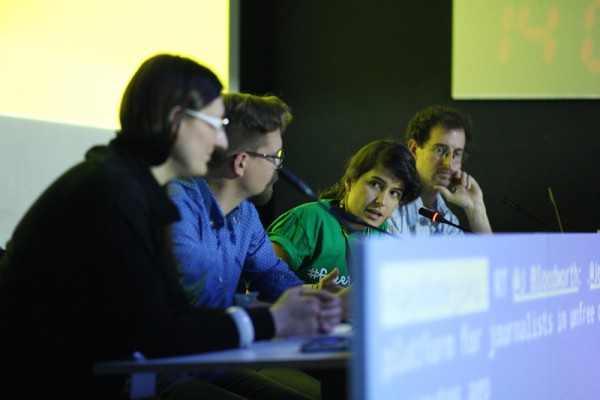 Alexey Sidorenko (Teplitsa of Social Technologies) pointed out that propaganda is taking over the media, exploiting on people’s basic motifes and using mass communications to send its messages. However, he also stated that you don’t need to have “the loudest voice” in order to fight propaganda as there are also alternative ways to communicate which should be used as efficiently as possible to distribute different opinions and engage the audience.

Alex also pointed out that security on the web is always something you should think about and any kind of encryption is better than no encryption on the devices you use to communicate.

Arzu Geybullayeva, a journalist from Azerbaijan currently living in Turkey and writing a blog about the events in Azerbaijan, talked about the repression happening in her home country and how journalists are being falsely accused and imprisoned for the crimes that government is actually comitting, such as embezzlement and abuse of power. She feels that social climate in Azerbaijan needs to change to overcome the fear, create the feeling of community and common good, for everyone to realize that the country belongs to them. Arzu says there have been examples of community coming together to protest against injustice, as in the case of a fire in a building in Baku with human casualties, started because of poor quality facades which are vastly used against all regulations. However, she points out that people must not return to silence after the protests end, but remain active and alert all the time.  Arzu says that it is important to have a support from the community if you are a journalist writing about an opressive regime, even if that’s only through sending positive comments and countering the government-payed trolls. 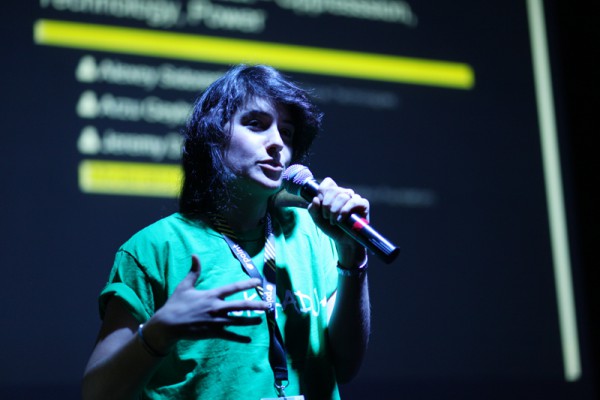 Jeremy Druker (Transitions Online) pointed out that, according to the research done in this field, we live in the most deadly and dangerous time for journalists in recent history. However, no matter how hard the circumstances are, Jeremy says there is always someone who tries to do their job professionally in the places where the press can’t report freely, but they mostly depend on donations and non-commercial financial support. Jeremy’s  organisation supports journalists who are under pressure or attacks, trying also to help those who don’t speak English and don’t know about crowdfunding, by connecting them to those communities which can help them overcome the hardships they face in their work, focusing on the local impact.

The idea is to provide more than just one time funding, so the journalists can keep just one job and focus on their work. He feels that the goal is to establish sustainable social business based on crowdfunding, through means such as syndication, renting the advertising space, etc, so that free press doesn’t have to depend on donors forever. 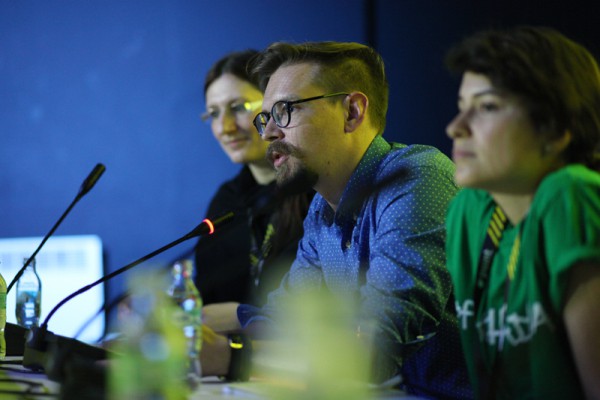 The panel was moderated by Karolina Wysocka from ePaństwo Foundation, who encouraged the people to show more support, both moral and material, for those who are carrying the burden of fighting for free press, especially those who face or experince imprisonment because of their work.