Ania Ankowska moderated the panel on the future of technology, legislation need in IT industry, and vulnerabilities for everyday internet users. Experts on that topic were Rysiek Rashiq from OCCRP and Filip Dobranovic from Today is new day. 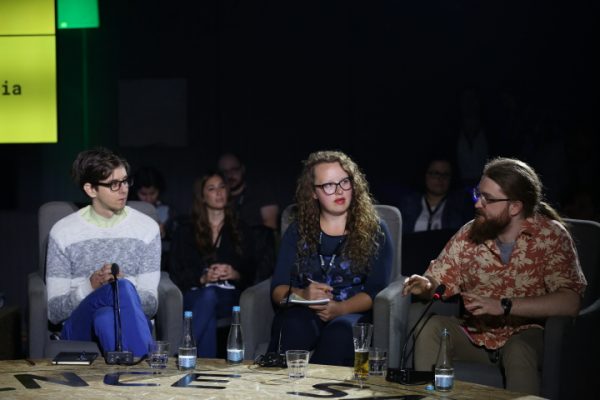 At the beginning of the session Rysiek talked about regulations. He said that those were usually are boring and tedious to people from IT sector, however it is a necessity. Rysiek said the governments kill the innovation with their slow approach and, usually, overregulates IT. On the other side, IT sector did not manage to make their regulations in last 40 years. One way to improve situation is to make software creators liable. In the current state of things, there is no liability for software providers. One way to fix that is to open the code of software so IT experts can fix and patch things before errors happen. For example, users themselves are not aware that their home routers are vulnerable due to late fixes and patches provided by internet providers.

In 2015 Paris airport was closed for two days due to error in system that monitors fog levels because it ran on Windows 3.1 from the early nineties. Old software is becoming problem due to its weakness to malware.and there are examples where you could transfer malwares to computers using simple printers.

Filip said that internet is very dangerous place right now, and it heavily depends on the person using it. Software needs to be more open to the everyday users, simply due to fact that a lot of times, companies that create software becomes too lenient in the processes of updating their own software. It’s up to government and civil society to push for the regulations in this segment of technology. 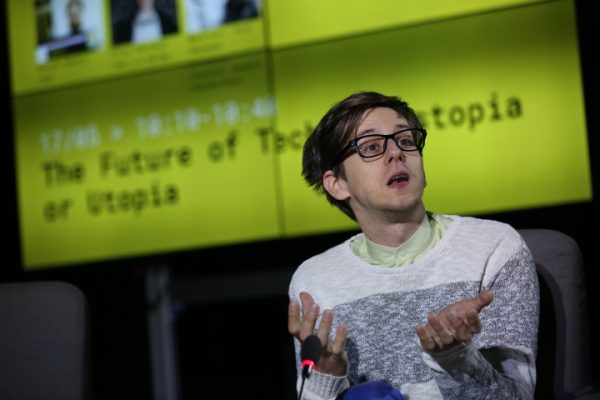 Discussion then veered on the effects of rapid development of the artificial intelligence.

Filip stated that discussion about AI is quite interesting, and that the AIs can be dangerous due to fact that private companies will hold power of software of AI in the future. This can have big influence on people’s lives because private companies will not want to share their software with citizens or government institutions. The idea of a program deciding on people lives and fates, which cannot be accessed by anyone outside the creator of the AI is too dangerous. 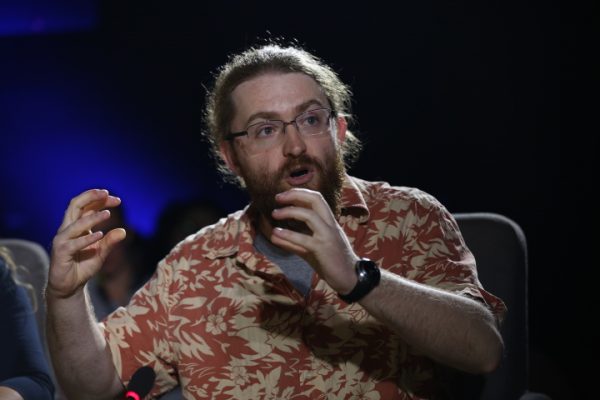 Rysiek added that there is no liability for companies that work on the AI. If an error happens, companies can wash off their liability by simply stating that they are not at fault and shifting blame to AI that they created and put into mass production. It really all depends on how the users of software approach these problems. In the end it all comes to everyday people who are using software, and they have to pressure these companies to become more open and more liable, concluded Rysiek.