The first day of POINT 4.0 conference, as a separate advocacy conference Open Data Day,  was dedicated to government opennes and open government data. Open Data Day brought together the representatives of international community, most notably the embassies of UK and USA in Bosnia and Herzegovina; the representatives of BiH institutions in charge of establishing transparency and open government, as well as numerious civil society organisations. 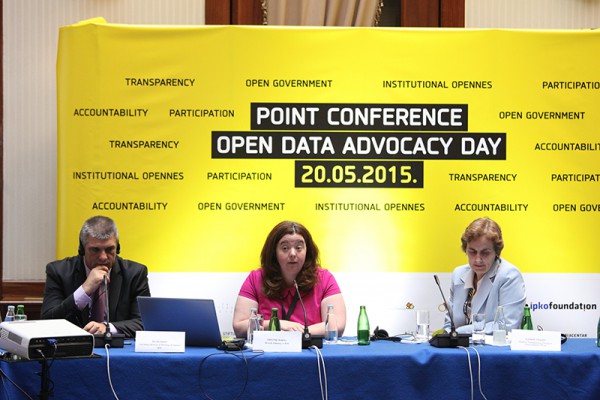 The conference was opened by Željko Bogut, secretary of Ministry of Justice of BiH; Christine McNeill, First Secretary Political of UK Embassy in Sarajevo; Stefanie Altman-Winans, Counselor for Public Affairs in USA Embassy in Sarajevo.  The opening statement was given by Eleanor Stewart, Head of Transparency in UK Government’s Foreign and Commonwealth Office.
The secretary of Ministry of Justice of BiH, Željko Bogut, stated that this ministry is working on launching the “E-participation” application, currently in its test-phase, which will be used to publish government data relevant for the public interest. Bogut pointed out that, by signing the letter of intent to join Open Government Partnership in September 2014, BiH has taken the responsibility to make an action plan for data publishing. He informed the participants that the government is currently working on establishing a body which will create this action plan in cooperation with civil society organisations. 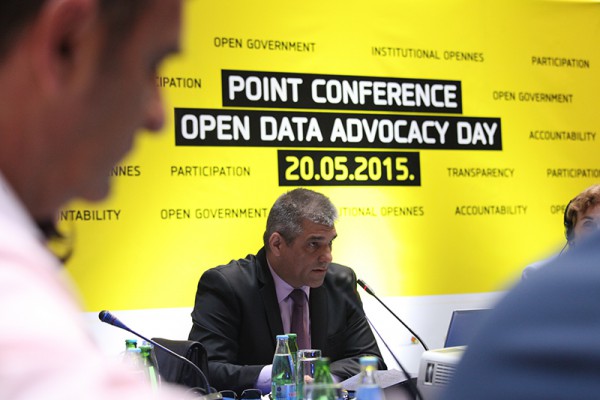 Christine McNeill, First Secretary Political in the Embassy of UK – a country which is currently a leader in this field – said that the Embassy was thrilled to learn that BiH has signed this initiative and it will continue to support BiH’s accession to OGP. McNeill considers the OGP to be of great importance for BiH’S path to the EU and achieving government transparency and accountability.

„Without access to information, the citizens have no way of knowing what is going on in the state”, Stefanie Altman-Winans, the Counselor for Public Affairs in USA Embassy, has said. She stressed that open government principle is of great importance for the region’s progress, as the best tool for governments and their leaders need to be accountable to their citizens.

„Opening of public data is in the best interest of the citizens, providing them insight into the government’s work“, Eleanor Stewart, Head of Transparency in UK Government’s Foreign and Commonwealth Office, pointed out in her opening presentation. b

Eleanor Stewart demonstrated some of the best examples of opening public data in Great Britain,  including all the benefits which come with it – from public money spending, to creating applications which make life easier for ordinary citizens.

“It is important that BiH government creates the action plan and strategy for opening public data as soon as possible, so that they can start implementing this initiative”, Stewart pointed out.

By signing the letter of intent for the OGP in September last year, BiH has taken the responsibility to create the strategy for opening public data by the end of June 2015.

Two panel discussions will take place at the rest of the conference. The first will feature representatives of regional CSOs who advocate for implementation of Open Government Partnership in their countries. The second panel will include representatives of government institutions in charge of implementing OGP in the countries of the region. 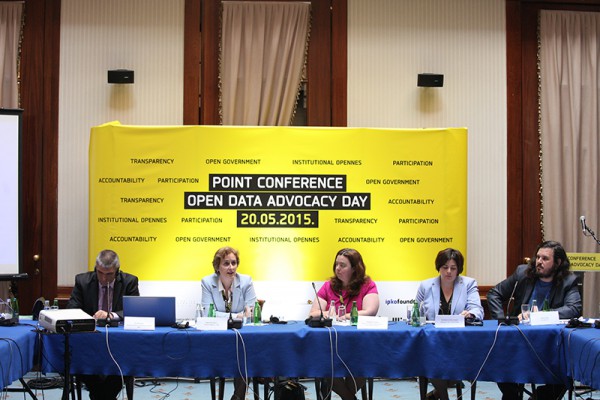 By showcasing good practices and success stories from around the world, Data Advocacy conference sends a message that opening of public data, including strategies for public institutions to implement successful policies in this area, is of utmost importance.

POINT 4.0 is taking place in Art Kino Kriterion and ACIPS in Sarajevo, from 20-24th of May. It is focused on the impact of new technologies on increasing political accountability and it will feature a series of workshops and presentations on this topic.