Under the slogan “Let’s round it together”, the tenth edition of the POINT Conference started on the 2nd of June in Sarajevo! 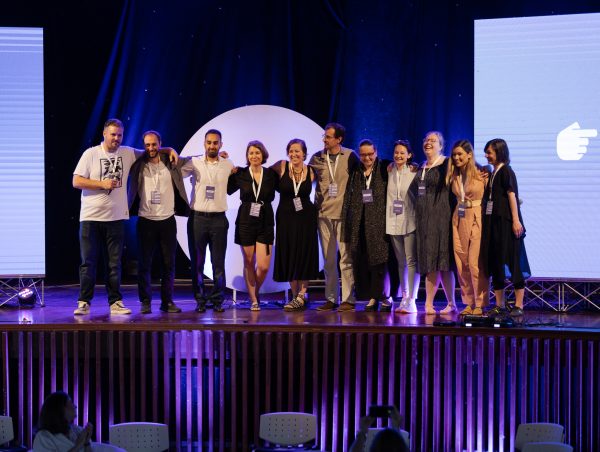 Darko Brkan, director of CA “Zašto ne”, greeted the speakers and participants and thanked everyone for coming to the POINT Conference. “It’s been a pleasure to do this year to year, and we found this to be the most fun thing we do in our work”, said Brkan, thanking all the partners who helped organize the conference throughout the years. As Brkan pointed out, the conference gathered around a thousand people throughout the years.

The idea of the tenth edition was to reminisce over the past ten years, so the conference venue had an exhibition of the previous POINT conferences. Brkan invited one person per the previous conference to join him on stage and talk about their experiences.

Anna Kuliberda from The Radical Act of Self-Care from Poland, who attended the first POINT Conference held in February 2012 in Sarajevo, joined him. She said that the conference was her first time coming to the Balkans, and the conference was breathtaking!

Aldo Merkoci, the director of External Affairs and Media in MJAFT! Movement from Albania, shared his experience from the second edition of the conference, pointing out that it was great having so many people and interesting panels there. However, Merkoci said that the best thing is the feeling that you are not alone and are part of a larger community. 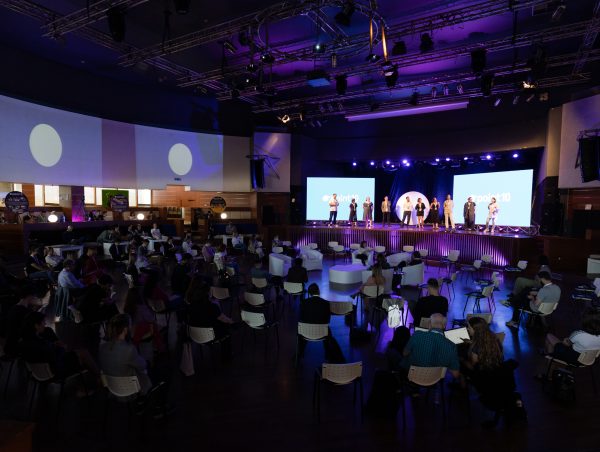 Haytham Atef, who attended the POINT 3.0, joined everyone on stage. Coming from Egypt, Atef said that he was unsure about sharing his experience in the Balkans. However, he was so inspired by other participants of the conference that he decided to start a fact-checking unit of his own in Egypt. As he pointed out, he did not have the means needed, but Darko Brkan helped him connect with everyone he needed, and they ended up making one of the biggest fact-checking units in Egypt.

Alicja Peszkowska from the Responsible Data Community in Poland talked about her experience at the fourth edition of the conference. She said that the thing she likes the most is that POINT does community building and is always very fun.

Jillian C. York from Electronic Frontier Foundation from Germany, who also attended the fifth edition of the conference, pointed out the importance of the topics discussed that year, with Syrian refugees coming to Europe and the discussion on content moderation started. “It is always a pleasure to be here, and thank you for bringing me back”, said York.

Jelena Berković from Faktograf from Croatia talked about the fifth conference edition and said that POINT is an intellectual, emotional and physical experience since at her first POINT she danced her feet off to Pussy Riot!.

“Coming to the POINT Conference is always a highlight of my year”, said Jeremy Drucker from Transitions Online.

Milica Kovačević from CDT from Montenegro talked about the eight edition of the POINT Conference, pointing out that year everything was rainbow colored, given the fact that POINT put a tremendous effort to support and promote human rights, since the first Pride in Bosnia and Herzegovina was about to take place soon after.

POINT 9.0, held under the slogan “Coming home”, brought everyone together after a year of lockdowns due to the COVID-19 pandemic. Iryna Shvets from OPORA from Ukraine talked about her experience, but also about the change she and her country faced in the meantime. “Last year, we had a great discussion about organizing our big event in Ukraine, but the event never happened because of the Russian invasion of Ukraine”, said Shvets.

Ieva Ivanauskaitė from Delfi, Lithuania, also came on stage, talking about her expectations, since this was her first time coming to the conference. “The new circumstances brought us all together even closer than we were before”, concluded Ivanauskaitė.

Ultimately, with a hug on stage, Brkan pronounced the conference open.