The last panel of the first day of Point was on Data Science which, according to Damir Dajanović from UG Zašto ne, became the  buzz word nowadays. The panel gathered both Imer Muhović from SINGEK ITN and Nino Macharashvili from Forset to share their experience with the audience. 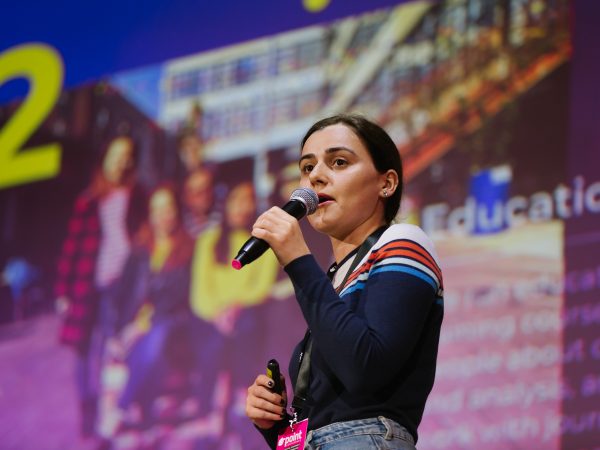 Imer Muhović discussed his experience on collecting and analyzing data regarding Two projects he worked on: covering the elections in Bosnia and Herzegovina and pollution.

The political system in Bosnia and Herzegovina is complicated and It was hard for Imer to explain the data collected in 133 municipalities in a single report that will take around three hours to read it only. Thus, he thought of a better way to explain the results. An interactive map would make easy for the audience to understand the results of the elections better. And since a primary map can be misleading. Imer improved the map using tools and visuals like dots and statistics in a way that makes it possible to know which municipality had more invalid votes or indicating where elections fraud occurred the most.

The importance of this work is that some stories and major findings can only be detected by analyzing the data. Imer also worked on raising awareness in Bosnia and Herzegovina about air pollution as Statistics can indicate pollution better than pictures, he simply endeavored to make people in Bosnia aware that they are not breathing air, it is rather dust that they are breathing.

Imer also indicated that the target audience should never be the experts, rather common people, and Simplicity is very important to make data go viral. He concluded his intervention with the fact that data science help made people more aware of important topics. 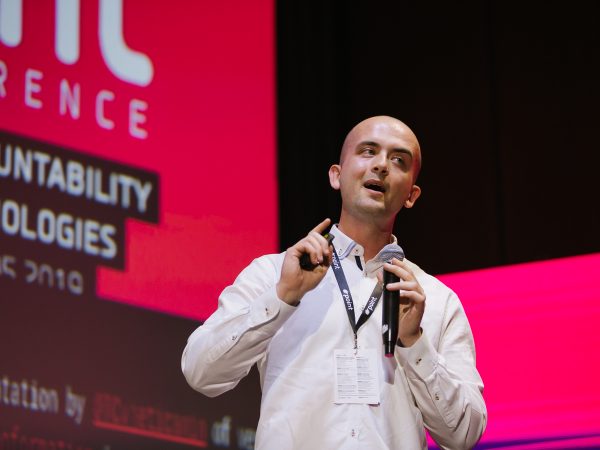 Nino Macharashvili shed lights on ways through which using data science can make society better. Nino worked on elections and digitalizing elections data in addition to projects regarding using data science for budget and monitoring the government. She also worked on assisting media and NGOs to monitor the government as well. Nino also shared the challenges she faced while implementing her projects among which the impact and the fact that people are not using the data despite the fact that it was very accessible so Nino’s organization had to rethink the strategy by opening up to people and become more community oriented, they started to use storytelling by ordinary people, influencers and even decision makers and using some sociological fact as she considered people in Georgia are emotional which would make such ways more accepted by a larger group.

ForSet worked on civic tech as they create various web applications like user-friendly data portals, civic tools, educational games storytelling. They also worked on community building such as meetups, festivals, and hackathons which improved the impact of heir work by creating a fun enjoyable atmosphere for people from different professional backgrounds to network and exchange their experience and collaborating together in order for them to implement their data related ideas. Opening up towards new sectors was a must for the organization.

Nino stressed on the importance of simplifying the data to be more accessible for people as they do respond to complexed data as it is difficult to digest. Hackathons, for example, resonate with the public very easily as they are conducted in 48 hours or less. Thus, simplicity made data accessible and simple materials are more accessible. Nino also shed lights on other challenges like data published by the government as PDF so it was not very accessible which indicates that lack of technical knowledge may also lead to inaccessibility to data even when government publishes them. Nino also mentioned that this problem exceeds the governments as NGOs among which even some UN agencies had conducted important researches yet their data was not very accessible or available.