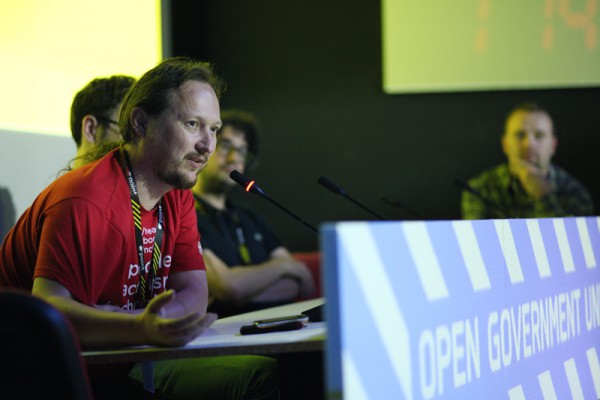 Michal Škop from Kohovolit presented the application which positions users on the political spectrum based on their answers on economic and other issues. Michal pointed out that Kohovolit builds their applications in a way which makes them easy to transfer to other languages and adjust them to use in different countries, by keeping the content and the language separate and easy to modify.

KohoVolit by Michal Skop from Point_conference

Answering a question from the audience on the relations between the activists and the media, Michal said that there are good engaged journalists who are willing to cooperate with CSOs and use the tools and data they provide in their work, but that one should also keep in mind what the experience of journalists is as, for example, an average journalist in Czech Republic, usually has to write 5 articles a day. 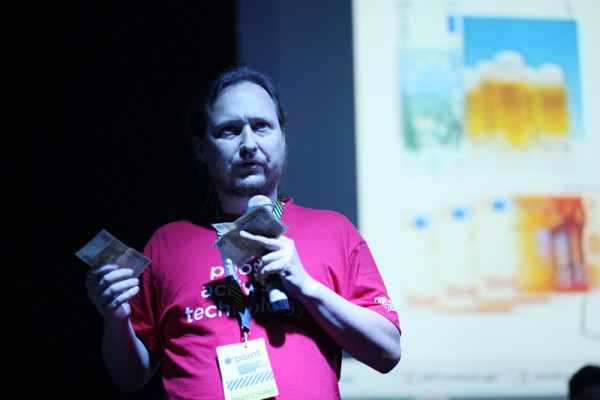 Krzysztof Madejski from ePanstwo Foundation in Poland, stressed the importance of being active in your approach, reflected in their motive “We stop for nobody”. This means that one should not wait on the government to become more proactive and publish data, but search for information wherever they could be found. This is why ePanstwo “digs” into all possible sources, by, for example, scraping available HTML and PDF files and turning them into visualised and geolocated data. He presented different data sets visualised by his organization, from social media trends, to public officials’ spending. He also spoke of the tools they create for the citizens to get more involved in pushing for accountability, such as templates for requests for information to public institutions and companies. He feels it is important to change the mindset of both the citizens and the government, as the officials are reluctant to open data even if they haven’t done anything wrong, for fear of being judged externally, becoming vulnerable to criticism, or even having to do more work to respond to external evaluations.

This is why, as he said, “we should hack our way through, scrape it, crowdsource it” and not wait for public institutions, but be proactive and go to them with apps already made and present all the possibilities it offers, so that institutions themselves realize they want to use as it would produce good results. 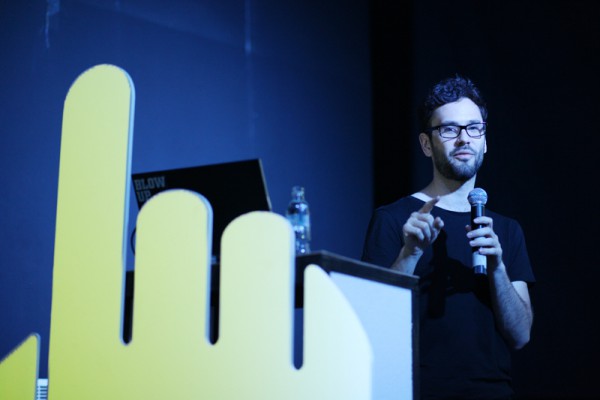 Sandor Lederer presented the work of Hungarian anti-corruption organization K-Monitor, who focuses on tools and data, research and advocacy. They have created a huge database of corruption cases from media articles, putting them on the map and making it possible for the citizens to follow those cases in their area of interest, get notified on new developments, or report their own information on the cases. He feels that it is important to think of local-level corruption as well, which is why they made an advocacy campaing for municipal mayors and parliaments, where there are more opportunities to make a direct impact.  Sandor also presented their “Red Flags” project in-the-making, based on scraped data on public procurements, which flags any procurements that might be considered risky in terms of corruption opportunities for those in charge. This application targets the journalists, as the red.

The panel was moderated by Damir Dajanović from Why not, the host-organization of POINT Conference.