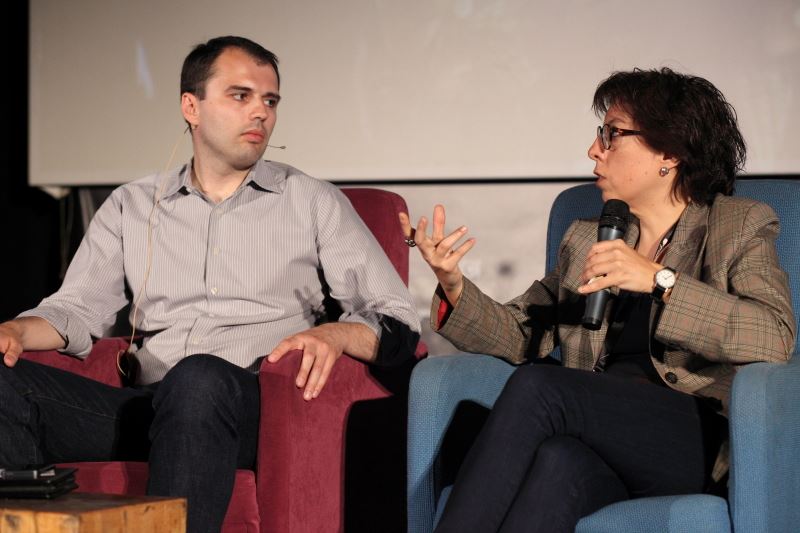 Professors from the Istanbul Bilgi University Asli Tunc and Erkan Saka participated in a panel discussion titled “Turkey after Gezi Park” moderated by Reuf Bajrović from Emerging Democracies Institute in the United States.

Asli Tunc initially pointed out that we are talking about the events in Gezi park in time of their anniversary, and that this is a good opportunity to comprehend what had happened after all.

“Public opinion in Turkey is quite polarized and ideologically divided, and it is hard to stay cool and keep a distance and analyze what was happening in the context of the media, freedom of the press, social media and politics,” said Tunc and expressed her concern about what will happen in the future, especially because of police brutality that was shown during the protests.

According to her, the protests against the construction in Gezi Park were organized without violence and in the spirit of peaceful environmental protest, but the problem arose when police used force one day after the beginning of the protest.

“Of course everyone had a camera with him and immediately published recordings on the Internet, and social networks which caused another wave of massive protests,” said Tunc, adding that after the protest number of Twitter users in Turkey doubled,which goes to show how much social networks were used during the protests.

Because of police brutality environmental protests, turned in to anti-government protests to which people came from all over the country.

During the protests questions related to freedom of expression and freedom of media came to forefront, because people in Turkey saw that the mainstream media aren’t broadcasting what they are seeing in the protests with their own eyes.

Erkan Saka pointed out that after the protest there has been an increase of popularity of the social media in Turkey and that the most passive users have become very active, and showed a few illustrations that are characterized by the use of humor and satire to comment on the current situation.

“Unfortunately, the government did not respond in the right way and today we are witnessing the increasing use of violence by police after the protests in Gezi park,” added Saka.