Collecting data is just a first step on a long way to advocating organization’s findings to the audience – and during TransparenCEE workshop on data storytelling, Anna Kuliberda, civic-tech expert and Andriy Gazin, journalist and open data advocate, encouraged activists to pay attention to this last, but crucial aspect of “data life circle”. 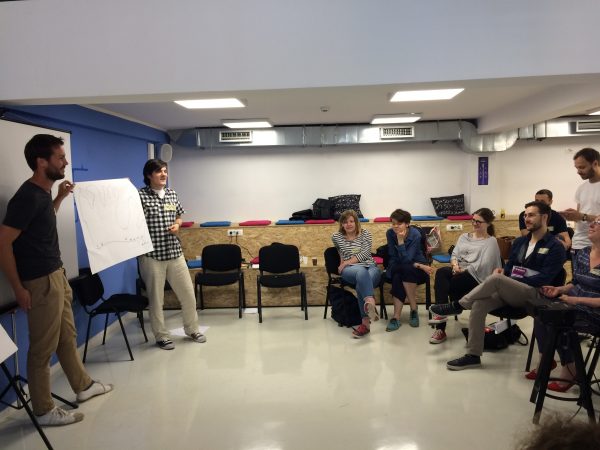 TransparenCEE workshop “Data storytelling for change” as a part of POINT conference took place on 27th of May in Sarajevo, Bosnia and Herzegovina. We had 16 participants from 12 countries, who are active in the filed of anti-corruption, transparency, and increasing civic participation in CEE/SEE region.

After introduction part, the participants were divided into 3 groups and given a first task: to prepare a story about a country (Canada, Venezuela or China) based on data taken from CIA country profiles database. Then participants presented their results and got comments from trainers. Lana Podgoršek (participant) commented later: „I liked this part of workshop very much, because we had a chance to work with concrete examples”.

Next Andriy Gazin showed good practices of data presentation in biggest media outlets’ reports (including New York Times, The Guardian, Washington Post and others) and discussed them with participants.

Gazin emphasized that he would like the participants to remember how to structure a story based on data and also how to think about different storytelling approaches that can be borrowed from other media, including movies, comic books or even music.

Eric Barrett (participant): „We’re focusing not on the tech, but on the patterns and different ways to tell a story, which is often overlooked”. 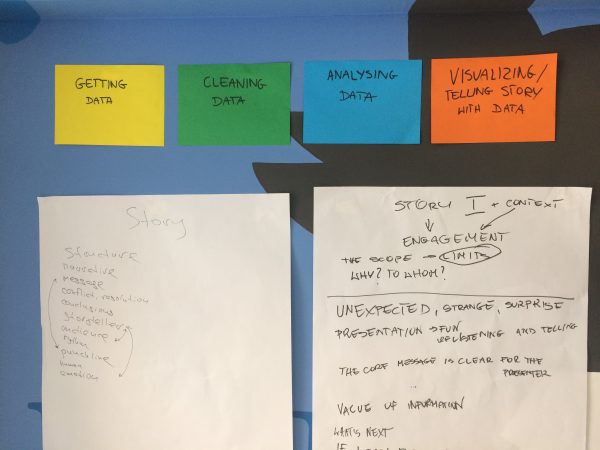 The final part of the workshop included team-work on a story, based on data collected by participants’ organizations.

At the end all projects have been presented and despite very short time given for preparation, participants were able to show well-documented and engaging stories based on data of different quality and various sources.