During this session, BIRN’s journalist from Macedonia, Riste Zmejkoski, presented an application Skopje 2014. Originally, “Skopje 2014” was a project of the Macedonian government. 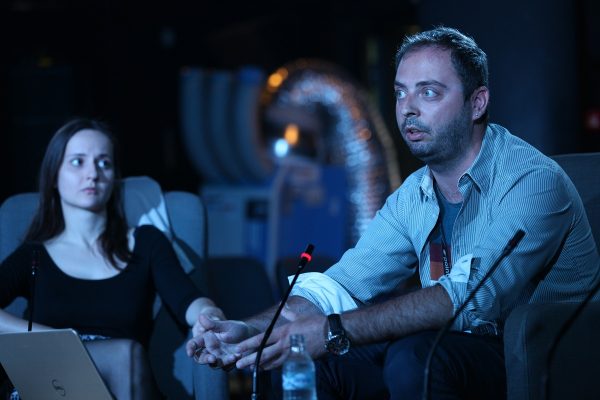 Its main objective was to remake the face of Skopje by creating new architectural structures (monuments, buildings) but in the end it proved to be only a huge waste of public funds.

The first step in creating the app was BIRN’s investigation initiated to see how much did the project cost exactly. The investigation lasted 8 months. It was discovered that the budget was raised from 80 millions euro in 2010 to 640 millions in 2016. The numbers of structures, authors, investors, companies and foundries involved, were also raised.

After the investigation was finished, all the data acquired from the institutions, as well as the findings, has been made public. A gallery of each structure was created, showing what the buildings were supposed to look like. The app also presents how the money that went into the project could have been better spent.

The application, which was also translated to English, started an awareness rising campaign in the media that has been recognized both regionally and internationally.