The team of Serbian portal Njuz.net  has been working for the last three years with Zoran Kesic on the script for the show “24 minutes”, which was based on the model of the Daily Show and Colbert Report, and has become one of the most popular shows in Serbia. Croatian satirical portal News bar,  which produces the show News Bar News Corporation on RTL television, did a similar thing. 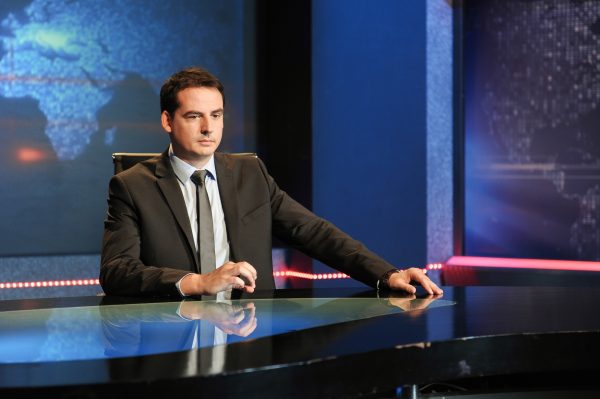 How to make everyday and gloomy political issues entertaining for the general population will be the topic of a panel discussion, that will be held on Friday, May 27, starting at 14: 30h.

The panel discussion will be participated by News-net team,  Marko Dražić, Viktor Marković as well as Borna Shore and Vlado Lucic from Croatian satirical portal Newsbar. The panel will be moderated by Jelena Berkovic of GONG from Croatian.

Njuz.net is a satirical site from Serbia, which publishes fictional news.  It was founded in 2010 following the example of the US The Onion. For a short time,  it became very popular in the country and in the region, mostly because of the numeber of “serious” media who have published their news as genuine. The general public has heard of this site when they announced the news of a drunken Serb who was killed by a shark in Egypt. The story went viral after  a short time, on almost all continents and on several dozen of editorials who believed in the veracity of this event.