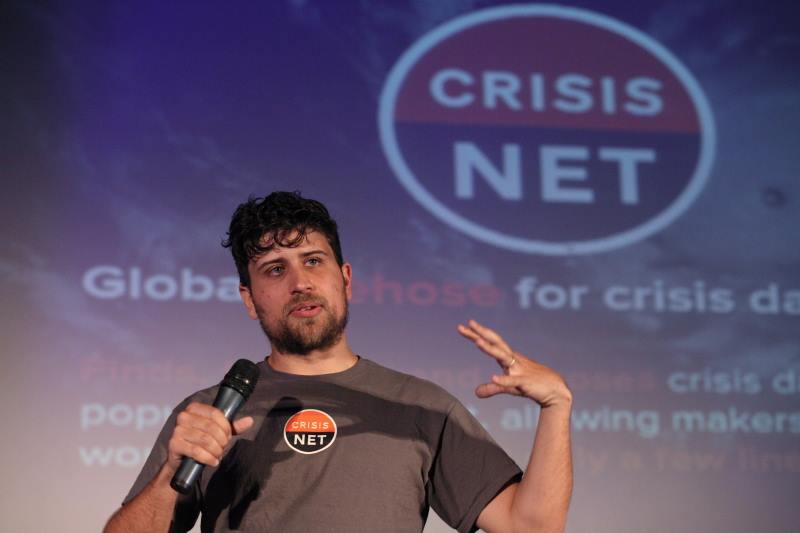 Ushahidi started in 2008 when a group of bloggers wanted to make a very simple platform for monitoring violations of the electoral process and somehow visualise them. Since then, Ushahidi was used in a number of other occasions, and is implemented by organizations around the world whether it was used for crisis mapping or mapping of other kind.

However, Ushahidi doesn’t deal only with mapping, their primary area is data.

„We think of ourselves as a company that deals with data. Maps are actually there because of data that is on them“, says Albon.

The traditional way of looking at data as an academic “thing” has ceased to be valid, according to him. Today everybody can deal with data if they are interested in specific things.

“Data science sounds very abstract, but in essence it’s just storytelling. Everybody does it every day, and the point is to find the truth in one set of data and to harness it in a way to engage people, “says Albon.

“The point is to find a story in all this data. We have a lot of data and it is only necessary to go on the internet and find it, “says Albon and points out that in reality, today there are so many free tools through which we can work with different types of data and that they are very simply presented without special programming.

However, although there are many sources of data, according to him, there are very few those who deal with them, and so many stories remain untold.
Albon presented Crisis net, a platform Ushahidi created to visualize different information about emergency events worldwide. Through this platform, all data on the crisis events that are available through social networks and other sources of information can be found in one place.