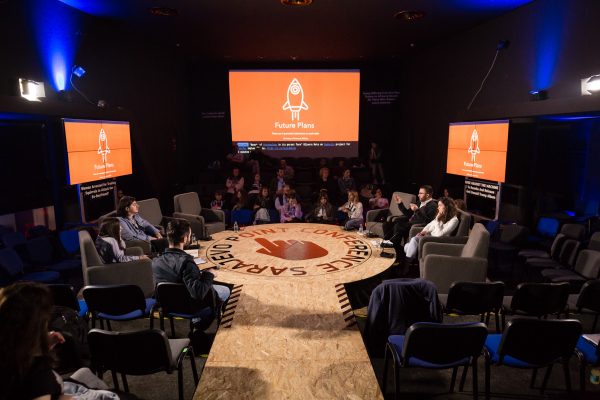 Gramos presented the idea and implementation of Conflict transformation program, which aims to establish and improve the interethnic relations in Kosovo, through continuous education.

Conflict transformation program is carried out primarily through interactive work with different communities. Gramos emphasized that field work reveals that everyone in Kosovo, whatever their ethnic background is, face similar problems. This is where he found the inspiration to create an e-learning platform that he named “hajde ti” (you do it). This title was chosen intentionally, as it is understood by both target groups, the Serbs and the Albanians. He said that this is the first platform of its kind in Kosovo and it’s very easy to use. It can be utilized by everyone in the region, not just the citizens of Kosovo, regardless of their ethnicity.

Their plans for the future include the development of a mobile application which will be used for the same purpose, but they also intend to make it commercial, since the continuation of their programs does require financial resources. One of their main challenges, as he pointed out, is to “turn” the government to start working with them for the common good. 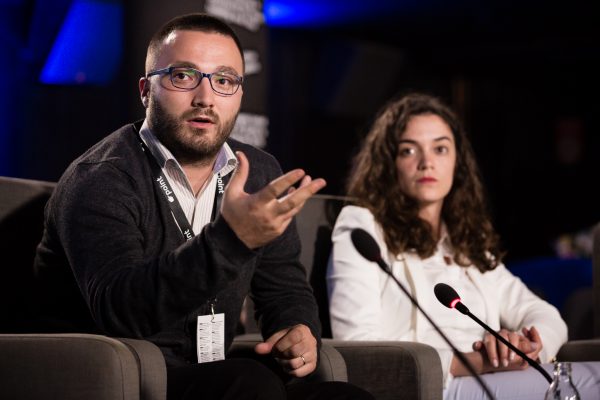 Blinera Meta (Open Data Kosovo) shared last year’s success story of the “Decode Darfur” project, that she considers to be the most significant and the most emotional activity they have carried out last year. As Blina explained, 28.600 decoders put in over 9.000 hours of work to help map distant and vulnerable villages in Darfur,using their own computers and smartphones. This initiative started after Amnesty International published credible evidence of atrocities committed by the Sudanese military, which attacked countless villages in Darfur, using also chemical weapons. The volunteers identified and mapped over 26.000 square kilometers of satellite images in order to identify the distant villages that were in danger.

Partin Imeri (Open Data Kosovo) presented the achievements and improvements in their cooperation with the state institutions. He also presented the project “Techstitution” which is focused on young people and their engagement in the democratic processes. The focus is on learning new software skills in order to create “smart institutions” which would provide quality services to the citizens of Kosovo.

The project has already brought some positive results. One that Partin is most proud of is a platform developed by one of the students who participated in the project, as well as the fact that four participants started new careers after completing the program (two are now working in public sector and another two in Open Data Kosovo).