This year POINT 5.0 conference will organize a screening of a documentary movie „The Yes Men are Revolting“ with Mike Bonanno and Andy Bichlbaum in main roles. Screening is scheduled for Thursday 26th of May at 7PM at Art House Cinema Kriterion. 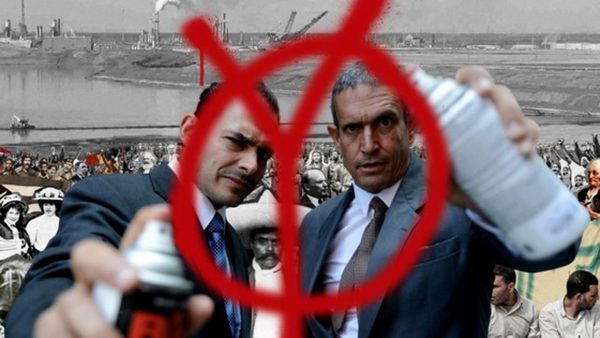 This movie is directed by Laura Nix and The Yes Men and it’s allready been screened at most famous festivals such as Toronto International film festival, DOC NYC, Berlinale…

Guest of this projection will be Sean Devlin, who deserves a credit for organizing this film while Vanja Lazic, director of the Art Cinema from Sarajevo, will be a moderator of this conversation

For the last 20 years, notorious activists the Yes Men have staged outrageous and hilarious hoaxes to draw international attention to corporate crimes against humanity http://likemylooks.com/sms-spy-illegal-ntjn and the environment.

Armed with nothing but thrift-store suits and a lack of shame, these iconoclastic revolutionaries lie their way into business events and government functions to expose the dangers of letting greed run our world.

In their free spy call recorder for android third cinematic outing (after The Yes Men and The Yes Men Fix the World), they are now well into their 40s, and their mid-life crises free sms tracker for computer are threatening to drive them out of activism forever – even as they prepare to take on the biggest challenge they’ve ever faced: climate change.

More than the first two films, The Yes Men Are Revolting is as much a character study as it is flight tracker for android reviews an entertaining gps tracker of cell phone depiction of their latest interventions. Revealing the real people behind the ruses, at its heart lies a hopeful http://healthsolutionstriad.com/au-spy-phone-droid message about fighting for change.