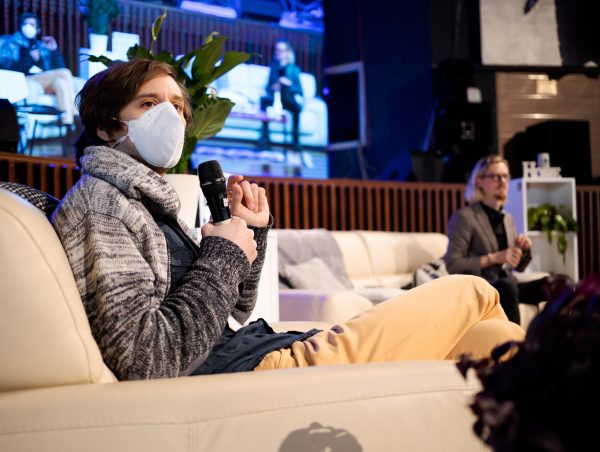 “Can you imagine a future where things go bad, but not necessarily catastrophically bad? What are the ways in which we are currently ill equipped to handle the current situations? What might be a better, brighter future?”, asked Filip Muki Dobranić, co-founder of Danes je nov dan – an institute that is experimenting with ways the internet can be leveraged to tweak “democracy” into something slightly more sustainable.

He, alongside public interest technologist and digital security educator, Michał “czesiek” Czyżewski, explained the basic concepts of the solarpunk – a genre and art movement that envisions how the future might look if humanity succeeds in solving major contemporary challenges with an emphasis on sustainability, climate change and pollution. They tried to use this panel to construct a brighter view of the future and examine the possibilities showing up on the internet that try to think of the future from an optimistic perspective.

They chose the solarpunk movement concept as a starting point of this panel since it “takes the apocalypse that is coming very seriously […] but it also exposes the problems that we have with today’s society, because a lot of the systems that we have are incredibly centralized”, explained Filip Muki.

They later explained how some of the ideas that solarpunk enforces are the “original standards and ideas” that sparked technological improvements – “…devices being under our control and being able to communicate and talk to each other, so that we have a brighter, more utopian technological future”, Michał said. 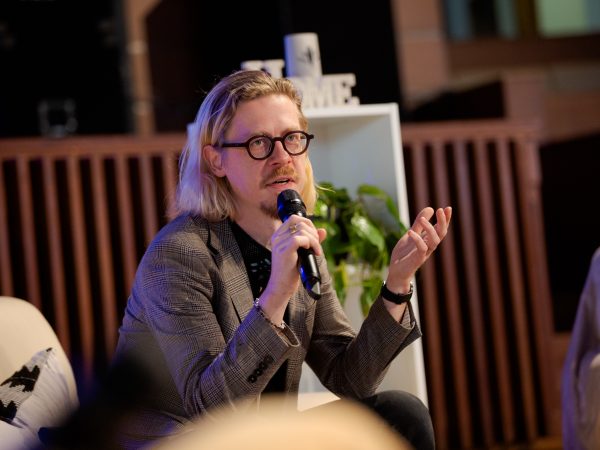 They emphasized the importance of funding the free software movements, development of open protocols and alternative social networks, while also recognizing the complex problems that could be solved by moving the public discourse towards those topics. This panel opened up a fruitful discussion, as questions from the audience kept coming up.

Are ideas that tech power should be decentralized elitist? Are they only something that could be implemented by civil society and people who are into tech or should those ideas be something the government is concerned with? Is the path towards the brighter tech future something that would be reached by a revolution or through regulatory and legislative processes? What kind of technological improvements can we expect from the pandemic? How does digital security fit in these equations? Is the alternative tech environment, the one where “people feel that they own the technology they use” just a utopia? Can the concept of surveillance capitalism be something we are done with in the next dozen years?

Panelists also invited everyone to try and foster the joy of collective togetherness – collective joy that they believe should be found not only in creating but also in using technologies.