By presenting the ActionSEE network and delivering the “Balkan fact-check award”, the sixth POINT Conference kicked off today in Kriterion in Sarajevo. POINT will gather the representatives from southeastern and eastern Europe, North Africa, Middle East and all over the world. The participants were also greeted by Anna Sienicka from Techsoup and Krzysztof Izdebski from Polish foundation ePaństwo, whose organizations are a part of TransparenCEE Network, along with the Action SEE members.

“TransparenCEE network is envisaged as a platform for exhange of experiences of organizations from Eastern and Southeastern Europe, as to facilitate the search for solutions of joint problems faced by these countries. The network is open and all organizations are welcome to join its work”, said Izdebski, announcing the workshop which will be held in “Networks”, on Saturday, May 27th, from 10-18h. 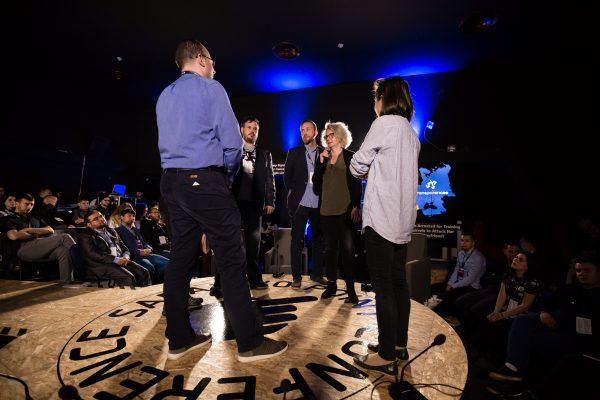 The first Balkan fact-checking award was won by journalists Aleksandar Brezar from BiH, for his article on local-government approved illegal building on the banks of river Željeznica, and Vladimir Kostić and Ivana Jeremić from Serbia, for their articles about the state’s investments in a private TV network.  The winners said they were honored to be the first to receive this regional award. The award was presented by the members of two fact-checking portals, Aida Ajanović (Istinomjer, BiH) and Petar Vidov (Faktograf, Croatia). 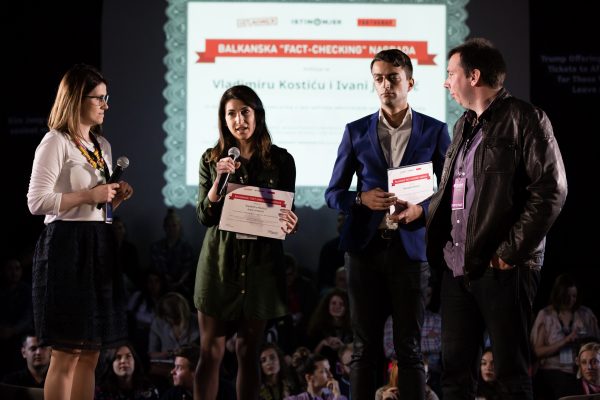 The formal opening of the conference also featured Aldin Vrškić and Boris Čović, the editors of Bosnian satirycal portals karakter.ba and Satro.info, whose “fake news” will be used as announcements for Point’s pannels and discussions. “We decided to go with satire in order to improve media literacy in BiH and encourage the public to be more critical towards the information offered by the media”, Boris Čović from Satro.info pointed out.