The second and final day of the Point 10 Conference concluded with the panel, which reflected the connection and correlation of the business community in the digital era of disinformation. 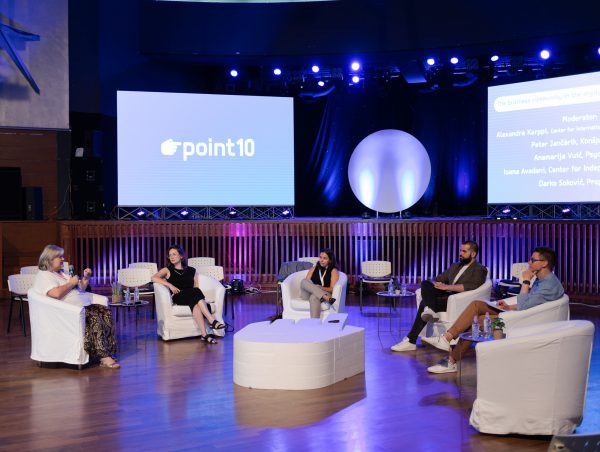 The moderator of this panel was Alexandra Karppi from the Center for International Private Enterprise – CIPE, and the participants were Peter Jančárik who co-founded Konšpirátori.sk, psychologist Anamarija Vuić based in Croatia, Ioana Avadani from the Center for Independent Journalism, Romania, and Darko Soković from Propulsion, Serbia.

Alexandra started by presenting CIPE and their work, followed by questioning the panelists on the challenges the business community faces in terms of disinformation. 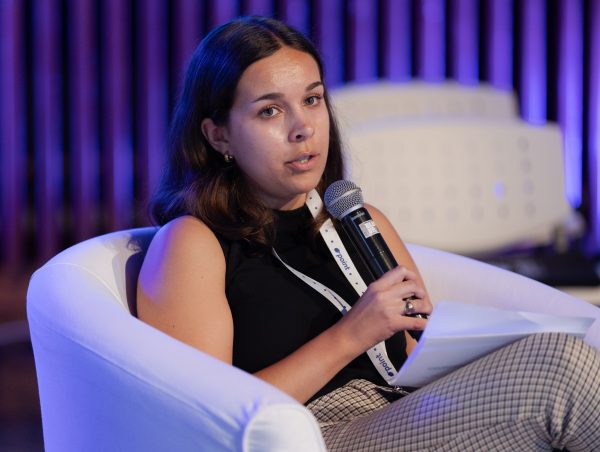 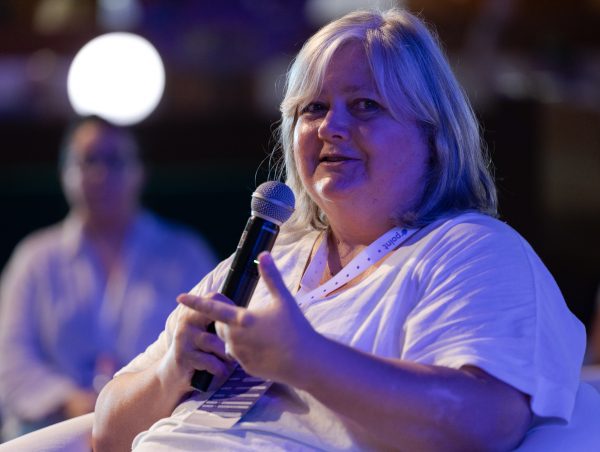 Darko Soković elaborated on what motivated companies to engage. Darko reflected on his experience, starting 15 years ago. He said how ten years ago, businesses didn’t notice social media, and that it was not important to them at that point. After the Arab Spring, the companies realized that they had to be involved as active contributors. They realized that with values as well, they can engage better with society. There are also expectations of the new generations – Gen Z – toward the business sector to engage with the important, burning world issues. Also, this generation is using old, traditional media less and less every day while using more new technologies. So, the companies need to accept that not everything is about selling but about values. Peter started with the reflection on trust, saying that you can’t make any progress in a society where nobody trusts anybody. He stressed that trust has to be established by the companies and businesses, especially towards Gen Z. 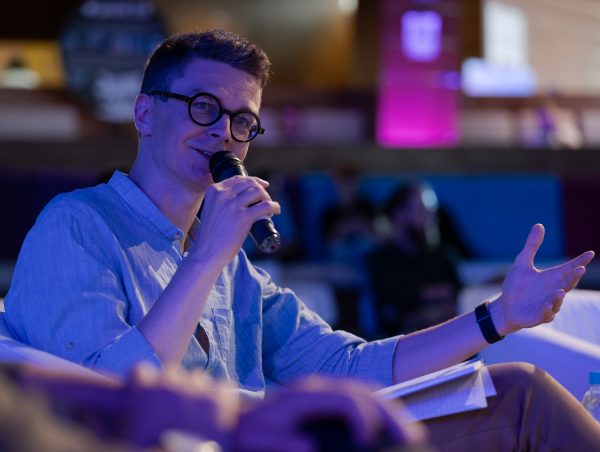 Anamarija Vuić opened her speech with the interesting fact concerning the Ethical Committee in Croatia, which meets once a year, usually having one advert being reported, and nothing significant happens regarding this issue, compared to the US. She stressed that businesses have to know where their adverts are being placed. On the other hand, she noted that businesses also do a particular job: advertising the good side of the product but not telling anything about the bad sides. 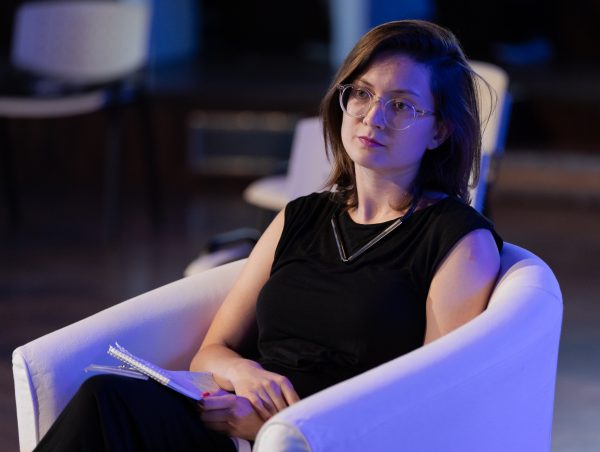 In the second part of the panel, some examples of good practices were presented, like the public databases created by the Konšpirátori.sk, which started as an idea for the client but spread out to the public and got everyone interested (agencies, PR agencies). The reception of this example was well received in the Balkans, which was established by the CA “Why Not”, in Bosnia and Herzegovina, Montenegro, and Serbia.

Darko stressed the huge gap between the independent media and government-connected media in Serbia and Bosnia and Herzegovina, which is seen in elections. In his words, there is a war between those counterparts. In this environment, to reach the audience and engage is to have a platform and credible partner in the market, for instance, A1 in Serbia and AstraZeneca.

Peter gave a similar example of drinking companies telling you to drink responsibly, saying that he doesn’t believe in this and that it is funny.

While answering the questions from the audience, Anamarija said that it is good for businesses to have a Code of Conduct, but education is the first step. The gap between big multinational companies and small businesses also must be recognized, as small businesses don’t have the capacities and are trying to catch up.

Asked were there any campaigns by companies/businesses to blacklist the public media broadcaster which spreads misinformation, Darko and Anamarija said that no such thing had happened so far in Serbia and Croatia, but there were some other actions taken.