The 5th POINT conference (Political accountability and new technologies), will take place from 25th to 28th of May 2015. Art Cinema Kriterion (Sarajevo) will, once again, host POINT from May 26-28th, while on May 25th POINT 5.0 travels to Banja Luka for the Day of advocacy for online freedom of expression (POINT W Day). 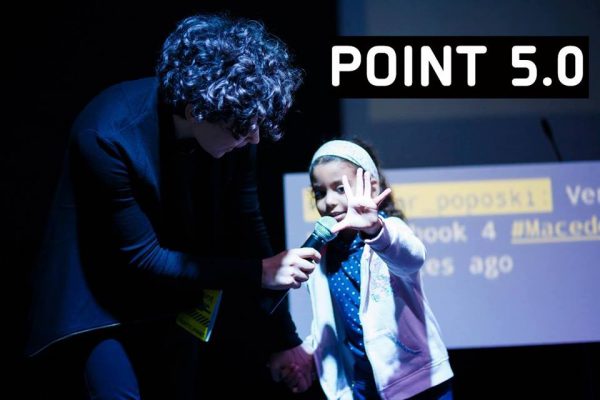 Like in the previous years, POINT 5.O will gather civic society organizations and individuals who combine new technologies and activism in advocating civic responsibility and government accountability. This year, POINT will host around 150 participants from all over the world.

Through various presentations, panel discussions and workshops, the conference will focus on open data and open government; monitoring the election in the Balkans and worldwide; fact-checking; freedom of expression on the internet and current developments in the Middle East.

The moderators for the fact-checking workshop include Alberto Puoti (Rai – Virus Rai 2), Alejandro Olvera Madueño (La Sexta – El Objetivo), Alexios Mantzarlis (Poynter – International Fact-Checking Network), Patrick Worrall (Channel 4 – Fact Check) and Faik Ispahiu/Jeta Xharra (Kallxo). We will have an opportunity to hear more from them during the conference, as they will also take part at the panel discussion focusing on TV fact-checking on May 26th.

The inevitable topic of this year’s POINT are the ”Panama Papers”, which will be discussed at May 26th at the panel ”Technology, journalism and some papers from Panama – leaked stories and lessons learned”, with Smári McCarthy and Michał Andrzej Woźniak (Organized Crime and Corruption Reporting project). The panel will be moderated by journalist Nidžara Ahmetašević.

On the same day, a conversation with Jason Reifler from Exter University will take place, covering the topic of USA elections and the ongoing party campaigns such as the one of Donald Trump. A panel discussion ”Four years after Arab spring’, with  Walid Al-Saqaf, Amr Sobhy, Kevin Coyne (Wasabi) and Mohammed Elmejrab (Tripoli University), moderated by Ahmed Farag, will also happen on 26th.

One of the panel discussion at POINT 5.O will be dedicated to global refugee crisis and using new technologies to help refugees. Speakers at this panel will be Kate Coyer (Central European University, Jillian C. York  (Electronic Frontier Foundation),  Filip Milenković  (Analytics and Creation of Public Policy Group),  Joséphine Goube (Girls in Tech) and Valent Turković (Open Network). This panel will take place on the 27th of May and will start at 12:00.

As usual, POINT 5.0 will not go without some political satire. Njuz.net, a well known satirical portal from Serbia, will have its representatives on the panel on May 27th and a promotion of their book ”The real history of the world” at 19:00 on the same day.

”Freedom of online expression between cooperative and government censorship” is a name of another  panel that will also take place on the 27th, with speakers Jillian C. York (Electronic Frontier Foundation) and Matthew Stender (Onlinecensorship.org), while moderation will be done by Darko Brkan from C.A. ”Why not”.

POINT 5.O will also present a movie ”Yes man are revolting” in which Andy Bichlbaum and Mike Bonanno draw attention to environmental damage and cooperative greed. The movie projection will take place on Thursday, 26th in cinema Kriterion. At the same time, a promotion of the book ”February waited for a pen” by Montenegrin publicist Brano Mandic will take place. in Kriterion’s caffe-bar area.