Panel discussion on topic of fact-checking in the world, on the second day of POINT Conference, offered us some very interesting presentation, and had following speakers on this subject: Aaron Sharockman (PunditFact), Margo Gontar (StopFake.org),  Joseph O’Leary (Full Fact),  Alexios Mantzarlis (Pagella Politica / FactCheckEU),  Baybars Örsek (Association Dialogue for Together Future), while the panel was moderated by research leader of the Istinomjer initiative in BiH, Tijana Cvjetićanin (Zašto ne). 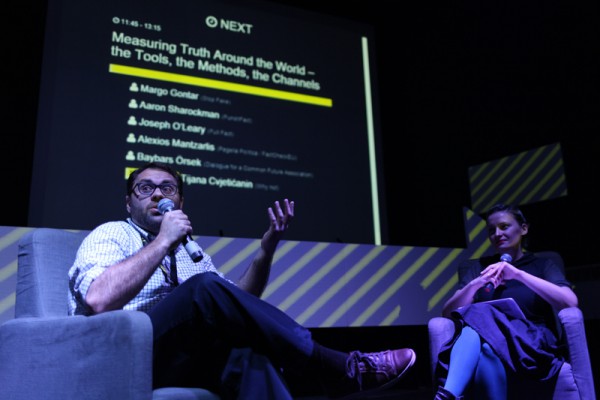 Aaron Sharockman began his presentation by saying how Politifact started in 2007, in the US, and it all begun as a reader service, that is, a concept of assistance to citizens that enables them to see which official is telling the truth, and which is not. The project begun as a part of Tampa Bay Times newspapers from Florida, and to this day they have published around 11.000 checked facts that can be found on their website. Today Politifact is a brand that covers around 110 million people living in the US, where every day several journalists check facts and are currently the largest fact-checking organisation in the US, and probably the world.

“People deserve to know what is truth, and they need to know it fast”, said Aaron Sharockman.

Aaron also presented a project named Punditfact, that checks truth in statements of political analysts, and emphasized the importance of this project taking into consideration the fact that voice of political analysts reaches more people than politicians’ voice themselves. Politifact inspired many fact-checking websites founded worldwide through the years.

“It is interesting that 30% of the topics PolitiFact publishes comes from the readers themselves, and those are various writings from the internet and social networks in which they participate”, said Aaron. 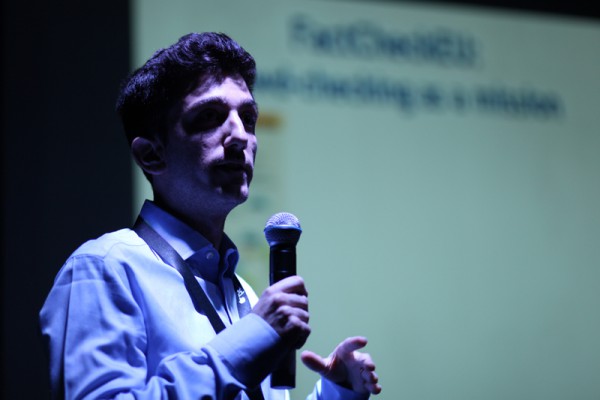 FactCheck EU works in a way that readers themselves can recommend the facts they want checked. All facts are not automatically published on the website, but are checked by the Factcheck EU personnel, and are published to public afterwards.

This project also developed a system of assistance where readers themselves can check fact they are interested in. 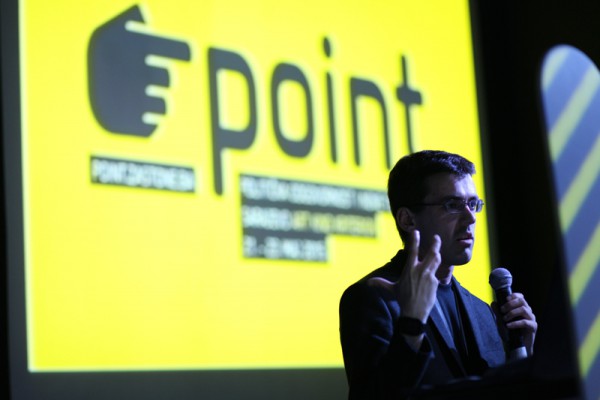 Joseph O’Leary from Full Facta from Great Britain, who represents the largest independent British fact-checking website, which checks information published by the politicians and the media. Like Factcheck EU, they give their readers a possibility to check the information themselves.

“Fact-checking is very important in a situation where you have a lot of information that you don’t know whether are true or not”, said O’Leary. 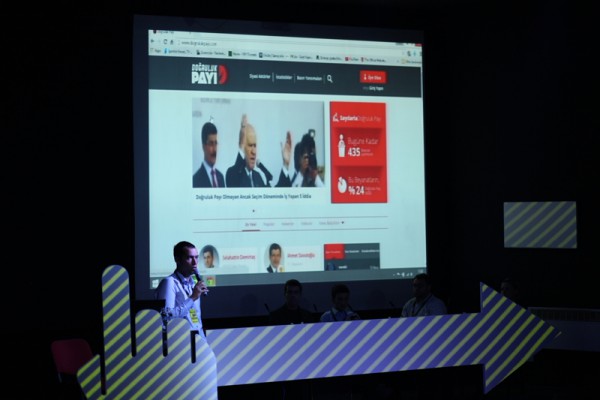 Baybars Örsek from Association Dialogue for Together Future talked about a fact-checking project started in June 2014. Website was launched before the presidential elections in Turkey and it was a first time such project was implemented in this country, and so far they have published 435 checks.

They focused the most on leading political parties, and the system of grades was very similar to those other fact-checking websites use. The grades of truth were set in 5 levels, from complete truth to complete lie. All checks have a possibility to be graded by the readers themselves, which is one of the Dogauluk Paya website’s goals, to be interactive.

After the parliamentary elections that are happening in 10 days, it is the intention to analyse the truth in media titles and pundit’s statements. 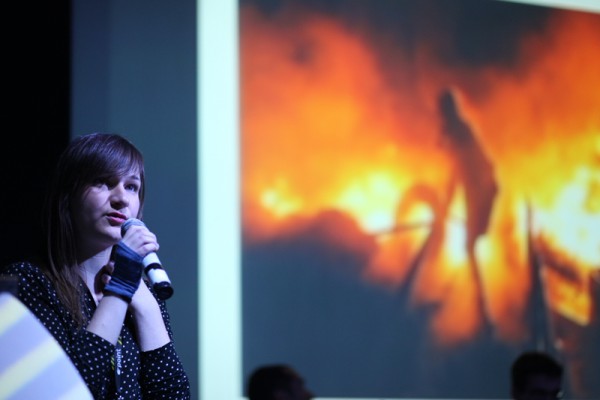 Margo Gontar from Ukraine presented the StopFake.org, which works on crowdsourcing principles.

In the beginning of her lecture, Margo talked about the start of the fact-checking initiative on the information about events in Ukraine, considering that there is a lot of misinformation in the public.

Stop Fake also deals with social media fact-checking, because many fake news are spread this way, and they check everything – from the information to the photos that are quite often photoshopped with the goal of spreading propaganda

Stopfake.org presentation by Margo Gontar from Point_conference
06/04/2022
Arab Spring is still happening
06/04/2022
The business community in the digital era of disinformation
06/04/2022
Economic migrations and brain drain
06/04/2022
When civil society does politics
06/04/2022
Building a truth-seeking mentality as a means against anti-scientific conspiratorial beliefs
06/03/2022
Ten years into the Open Government Partnership